How Government-Imposed ‘Net Neutrality’ Is Recipe for Crony Capitalism 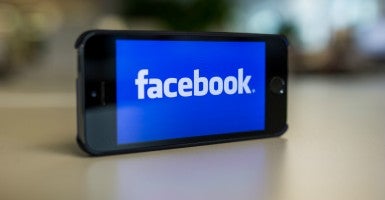 Unless and until the Open Internet Order is thrown out by the courts or displaced by a new law of Congress, it will place Internet Service Providers (ISPs) and firms with which they interact under a regulatory cloud, with the heavy hand of government a real threat to curb novel business practices that until now have spawned the emergence of countless new beneficial services, such as iTunes and Netflix.

Devised for the static monopolies, public-utility regulation will be corrosive to today’s dynamic Internet. There’s a reason the phrase “innovative public utility” doesn’t flows easily from the tongue. The hundreds of rules that come with public utility status are geared to keeping monopolies in line, not encouraging new or innovative ways of doing things. (The FCC has indicated it will refrain from enforcing the bulk of these rules, but if you believe that, I have a water-front property in Wyoming to sell you.)

Even worse, by imposing burdens on big and small carriers alike, the new rules may actually stifle chances of increasing competition among broadband providers.

The Open Internet Order is, however, more than just another Obama administration burden (admittedly a huge one) placed on the American private sector and on economic growth.

Like so many other Obama administration programs, it is an invitation to cronyism. As Heritage Foundation President Jim DeMint and Heritage Action President Mike Needham have explained, well-connected businesses use lobbying and inside influence to benefit themselves by having government enact special subsidies, bailouts and complex regulations. Those special preferences undermine competition on the merits firms that lack insider status, harming the public.

The Federal Communications Commission has a long record of shielding powerful incumbents from competition.

The Open Internet Order encourages cronyism by establishing an extremely broad “no unreasonable interference or unreasonable disadvantage” standard for Internet conduct, to be applied on a “case-by-case” basis that balances the benefits of innovation against harm to end users and “edge providers” (firms like Google, LinkedIn and Facebook that provide Internet content and related services). The Federal Communications Commission will provide guidance through “enforcement advisories” and “advisory opinions,” and the Commission’s Enforcement Bureau can request written opinions from outside organizations.

Cutting out the Washington speak and bureaucratese, the Federal Communications Commission is saying that the inherently vague and malleable language that determines whether an Internet business practice is given a thumbs up or thumbs down will turn on “opinions” that will require the input of high-priced lawyers and advisers.

Smaller and emerging firms that cannot afford to pay for influence may be out of luck. Moreover, large established companies that are experts at the “Washington game” and engage in administration-approved activities or expenditures (such as politically correct green projects or the right campaign contributions) may be given special consideration when the Federal Communications Commission sages decide whether an Internet business practice is “unreasonable” or not.

This means that firms that are willing to pay more for better Internet access to challenge such powerful firms as Netflix in video services or Google in search activities or Facebook in social networking may be out of luck, if they are less effective at playing the Washington influence game than at competing on the merits. Those who doubt this need to know that the Federal Communications Commission has a long record of shielding powerful incumbents from competition. For decades the Commission maintained AT&T’s telecom monopoly by keeping out of the market new cellular service and telephone equipment providers, and protected dominant broadcasters by preventing cable companies from providing competing video services.

In sum, the benefits to American consumers and the overall American economy generated by a regulation-free Internet—not to mention the ability of entrepreneurs to thrive, free from cronyism—may soon become a thing of the past, unless action is taken by Congress or the courts. American citizens deserve better than that from their government.