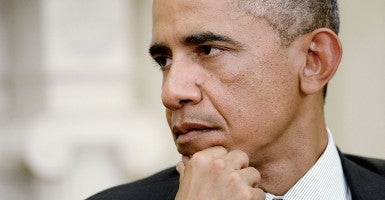 Resolutions asking President Obama to send lethal aid to Ukraine so that the country can defend its borders from Russian aggression have passed in both the House and Senate.

A resolution by Sen. Ron Johnson, R-Wis., asking Obama to send military aid to Ukraine and condemning the “deliberate targeting of civilians” by “Russian-backed rebels” passed with unanimous support in the Senate on Tuesday.

“It is absolutely necessary that President Obama prioritize and expedite the provision of defensive lethal and non-lethal military assistance to Ukraine in light of the January attacks by Russian-backed rebels on the civilian population in Mariupol. I am pleased that Ranking Member Shaheen and I could work together to bring about bipartisan agreement on this in the Senate. The administration should now respond, providing Ukraine with what they desperately need,” Johnson said in a statement.

A similar resolution introduced by Rep. Eliot Engel, D-N.Y., was passed by the House on Monday.

In remarks on the House floor following the resolution’s approval, Engel said:

“This is a bipartisan issue. Policy like this should not be partisan. And that’s why we are rising today as Democrats and Republicans, really as Americans—to say enough is enough in Ukraine. As I’ve been saying for months, we cannot view the crisis in Ukraine as just some faraway conflict or someone else’s problem. This war has left thousands of dead, tens of thousands wounded, a million displaced, and has begun to threaten the post-Cold War stability of Europe. In fact, with Mr. Putin, he’s knocking us back into the Cold War, the bad old days of the Cold War.”

“And they need more military equipment—both non-lethal and lethal. Blankets and night-vision goggles are important, but one cannot win a war with blankets!” he said.

“Therefore, I urge you not to let Ukraine stand alone in the face of this aggression. The United States made a commitment that it would stand behind Ukraine’s territorial integrity—and we hope that it will live up to that promise. Democracies must support each other. They must show solidarity in the face of aggression and adversity. Otherwise, they will be eliminated—one by one.”