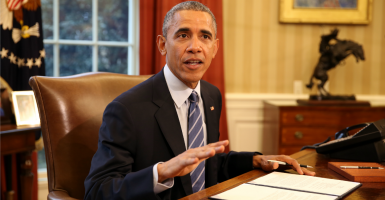 Last week the Obama administration announced it would move ahead with a new Department of Labor rule designed to provide uniform fiduciary rules for anyone providing retirement investment advice.

In general, a fiduciary standard requires financial advisers to put their individual client’s interests above their own.

Sounds simple enough. But the new rule could impose a one-size fits all approach on a very diverse set of financial advisers, likely leading to many unintended consequences.

The White House is framing this issue as Wall Street vs. Main Street.  The administration insists that too many financial advisers are selling products with “backdoor payments and hidden fees” because they are putting their own financial interests ahead of their clients’ interests.

A system where Wall Street firms benefit from backdoor payments and hidden fees if they talk responsible Americans into buying bad retirement investments—with high costs and low returns—instead of recommending quality investments isn’t fair. These conflicts of interest are costing middle class families and individuals billions of dollars every year.

According to the White House, the new fiduciary standard on investment advisers will eliminate these conflicts.

But the new rules—which, in fairness, have not yet been released—run the risk of making the situation worse.

Because of all the government rules and regulations governing financial advisers, there are several complex layers to this story.

While it sounds nice that the rules for all investment advisers should be uniform, it’s not at all clear forcing this standardization on the industry is necessary, and doing so could create a false sense of security for investors.

Many people take care of their own Individual Retirement Accounts (IRAs) by buying shares in mutual funds. Do we really need to impose a fiduciary duty to investors on everyone selling these mutual funds?

Many policymakers reject this disclosure idea because they don’t trust people to judge for themselves whether they should seek advice from another advisor. This paternalistic attitude has become pervasive in our regulatory system but it’s the wrong approach.

It allows government to get overly involved in virtually every financial decision we make, an approach that has largely resulted in weaker financial markets.

It also leads to more opportunity for regulatory capture (meaning the government ends up helping the very industry it’s supposedly regulating) and cronyism, and ultimately moves markets away from the type of innovation that can help diversify risks. This approach seems destined to result in ordinary people being denied access to higher risk, higher return investments—whether they want to take on those risks or not.

Unfortunately,  the paternalistic approach appears to be the favorite choice of the White House. They’ve released a survey of the literature that suggests conflicts of interests may be related to lower investment returns.

The main evidence cited, though, says very little about hidden fees, backdoor payments or ill-intentioned Wall Street firms. While the cited evidence does show a lower return among some groups of investments sold by “conflicted” parties, it does not show that these advisers systematically tricked “responsible Americans into buying bad retirement investments.”

The main problem with focusing on the lower return is that it ignores any intangible benefits the supposedly conflicted advisers provide. Perhaps investors like having someone to bounce ideas off of, or simply prefer to talk to someone rather than make purchases directly via the Internet.

In fact, one of the key research papers the White House cited as evidence of a major problem states that their results “are consistent with two hypotheses: that brokers deliver substantial intangible benefits that we do not observe and that there are material conflicts of interest between brokers and their clients.” Either way, lower returns are simply one additional factor to consider when investing, and they do not justify additional federal restrictions on financial markets.

There’s no doubt conflicts of interest arise in the financial industry, but the same can be said of many other professions as well. People don’t seem to mind buying homes from real estate agents, for instance, even if the agent “represents” both buyer and seller. Disclosure is deemed sufficient.

Regardless, it’s not the government’s job to protect people from every possible conflict that could arise. Government’s legitimate role is to focus on prosecuting fraud and protecting property rights.

While it’s too early to tell exactly how good or bad the new proposal will be, rules and regulations that go beyond this basic principle of limited government go too far. It will be worth watching to see just how far the new rules go.