The State of Freedom of Press Across the World 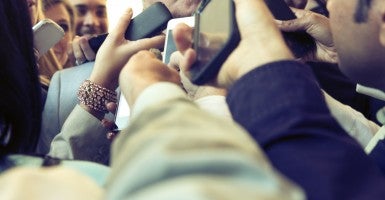 It’s not a good time for freedom of the press.

The non-profit organization Reporters Without Borders, devoted to supporting journalists worldwide, published its annual index this month. In six continents, the conditions for free media in 2014 became not just worse, but “dramatically worse,” according to the group’s “2015 World Press Freedom Index.”

In two-thirds of the 180 surveyed countries the indicators for press freedom have declined. Violations against freedom of information rose by 8 percent (to a total of 3,719) compared to 2014 and by almost 10 percent compared to 2013. For a number of countries, no data is available at all, being closed to any independent journalistic activity.

The U.S. disappointingly ranks 46th, having declined three places in 2014. This is due to the Obama administration’s heavy handed approach to certain journalists.

Not surprisingly, there is a strong correlation between media freedom, political freedoms and economic freedom. In countries where individuals are able to exercise their freedom to create economic activity, according to The Heritage Foundation’s Index of Economic Freedom, the media also tend to function as watchdogs of government activity. In both categories, the majority of countries in the top are western democracies.

Totalitarian and Communist states rank much further down, and at the bottom of the information list are “black holes,” where independent information simply does not exist. Countries in this segment are from regions such as North Africa and the Middle East controlled by non-state terrorist groups like ISIS or Boko Haram.

The United States disappointingly ranks 46th, having declined three places in 2014. This is due to the Obama administration’s heavy handed approach to certain journalists, including the New York Times’ James Risen, who came under pressure to reveal his sources.

Western Europe saw numerous countries in decline, including Italy (73rd) which fell 24 places after a difficult year for journalists, and of all places, Iceland (21st) down 13 places because of worsening relations between politicians and media.

Libya, not surprisingly, fell 17 places to 154th. Since the fall of Gaddafi, Reporters Without Borders has recorded seven murders and 37 kidnappings of journalists. In 2014, more than 40 people working in the media decided left the country for personal safety. “Reporting on the activities of the militias that have carved up the country is an act of heroism,” writes Reporters Without Borders.

Russia fell four places to 152nd with another string of draconian media laws, website blocking and a veritable war on independent news outlets. In areas of Ukraine controlled by rebels supported by Russia, independent news has ceased to exist.

Defense of journalistic freedom should be at the heart of the information battle waged by free, democratic governments. The work of journalists remains essential for the functioning of free societies and the building of new democracies.