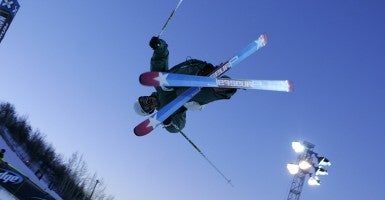 Marshal Wilson is a member of the Young Leaders Program at The Heritage Foundation.

Environmental Protection Agency Administrator Gina McCarthy traveled to the Winter X Games in Aspen, Colo. last week to raise awareness of climate change and its effects on snow based recreation.

In an attempt to reach a younger audience, McCarthy spoke beside former Olympians and other accomplished athletes to warn that unless action is taken now, “Aspen could resemble Amarillo by 2100.”

However, McCarthy forgot to mention one major detail: exactly how much EPA efforts would accomplish.

The EPA has proposed regulations that would cap the amount of carbon dioxide future power plants can emit, and require states to reduce carbon dioxide emissions by a collective 30 percent (from 2005 levels) by the year 2030. President Obama regards the “Clean Power Plan” as a major part of his presidential legacy: during the State of the Union address last week, Obama said “No challenge poses a greater threat to future generations than climate change.” But if one accepts global warming models and assumptions of accelerated global warming, the regulations championed by the EPA would impact global temperatures by 0.02 degrees Celsius by the year 2100. Climatologists from the Cato Institute used a model created by the EPA to calculate the impact of these rules. Further, studies show that the earth’s climate is not as sensitive to carbon dioxide emissions being released into the atmosphere as some scientists once thought. As carbon dioxide emissions have climbed in the last 17 years, global temperatures have actually plateaued. Environmentalists are quick to point out a NASA press release that 2014 was the hottest year on record, yet they fail to mention that this alleged record is only by 0.02 degrees Celsius, a miniscule amount that is within NASA’s error margin of .1 degrees Celsius. Furthermore, NASA officials are only 38 percent sure that 2014 was indeed the warmest year on record.

In other words, the observed data just doesn’t show that the world is on track to turn Aspen into Amarillo.

The new carbon emission regulations proposed by the EPA would so adversely affect the economy that one has to wonder where families will find money for a ski trip or two. According to a Heritage study, by 2030 the Obama administration’s climate regulations would create:

The U.S. is on the brink of committing itself to higher energy costs in hopes that its efforts will stop global warming. The end result would be billions spent in an effort to reduce emissions and billions forgone due to lost opportunities, while having minimal effects on global temperatures at best.

McCarthy stated in Aspen that global warming is “a big, base-bottom deal for our economy.” If the economy was a card game, then the term “bottom deal” would be right.