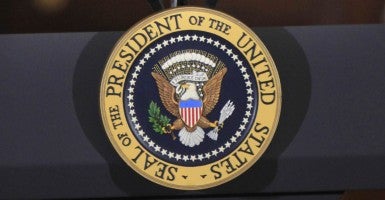 Jeb Bush’s moves to attract supporters and donors this week put the 2016 race for the White House into sharper focus earlier in the new year than other presidential hopefuls probably anticipated.

One apparent result: Mitt Romney, the Republican standard-bearer in 2012, told a group of donors Friday that he is “seriously considering” a third try for the White House after all.

Romney continues to lead in polls that include him in the GOP field.

With casual but succinct Instagram videos shot on a New York street and posted Tuesday on his Facebook page — one in English, one in Spanish — Bush asked followers and friends to check out his new political action committee.

“Thank you for your enthusiasm,” the former Florida governor said Friday in a 12-second follow-up clip. “Together, we can provide conservative principles and conservative solutions to help millions of Americans.”

Called Right to Rise, Bush’s “leadership PAC” appears to target the aspirations of ordinary Americans and will serve as the fundraising and organizational nexus of Bush’s likely bid for the Republican nomination. The Bush organization also launched a less-regulated “super PAC” with the same name.

On the Democratic side, former Secretary of State Hillary Rodham Clinton continues to enjoy overwhelming support within her party to secure its nomination 24 years after her husband Bill first did.

The sudden fundraising and other activities by Bush, who leads the Romney-less GOP field, revived anticipation of a Clinton-Bush clash of titans — and speculation about the depth of voter fatigue with both family brands.

The effort comes 16 years after Jeb Bush’s older brother, George W. Bush, successfully took the same initial steps and 36 years after his father, George H.W. Bush, at first did so — although unsuccessfully. (Bush the elder would succeed in 1988, after serving as Ronald Reagan’s vice president for eight years.)

Before Romney’s surprise trial balloon went aloft, the initial punditry had Bush’s actions giving new urgency to the presidential ambitions of a different fellow Republican. New Jersey Gov. Chris Christie is seen as occupying much of the same center-right space as Bush and Romney — and which many conservatives view as too liberal.

It’s still early on, but political observers also wondered whether Bush would cool the intentions of two other Republicans: Sen. Marco Rubio of Florida, a Bush protégé in some ways, and Ohio Gov. John Kasich, considered to be a governor in the Bush mold.

Among other signs and portents from the trail in recent days:

The Washington Post’s Robert Costa was first to report that Romney would discuss his options at a private dinner this past Wednesday night. The impact of Bush’s sudden prominence was sure to be on the agenda.

Romney, who continues to enjoy renewed popularity amid the challenges of Obama’s second term, sought counsel from a small group of trusted friends and advisers at Madera restaurant near Stanford University in Menlo Park, Calif.

“Everybody can go tell your friends that I’m considering a run,” @MittRomney tells donors.

Then came reports late Friday — first in The Wall Street Journal and then in Politico and the Post — of Romney’s meeting earlier in the day with about 30 former donors in Manhattan. Romney, a source said, gave the word: “Everybody in here can go tell your friends that I’m considering a run.”

Speaking of Huddles With Old Pals

Another veteran of the 2012 campaign, Rick Santorum, also scheduled a reunion with close advisers to hash out his future in presidential politics.

CNN’s Pete Hamby broke the news that the former Pennsylvania senator had invited at least 25 friends and old colleagues to Washington for a “private briefing” Jan. 13.

With the midterms and the new year behind us, he is beginning the final stages of preparation and consideration of another campaign.

Clinton Looks to Flesh Out Campaign

The former first lady, U.S. senator and secretary of state moved closer to announcing her own second bid for the presidency by bringing on two key players.

Politico reports that a veteran of Clinton’s 2008 campaign, Robby Mook, is aboard as the Democrat’s likely campaign manager — and that one of President Obama’s pollsters, Joel Benenson, also signed on as part of a possible polling team.

Veteran Clinton adviser John Podesta, currently a top Obama White House aide on loan from his policy organization, the Center for American Progress, remains in the wings for a senior role in a Clinton campaign, Politico notes.

For his likely campaign manager, Walker turned to Rick Wiley, a former political director for the Republican National Committee, CNN’s Hamby reports. The governor was slated to visit the RNC’s winter meeting next week in San Diego, fresh from being sworn in Jan. 5 to a second term.

The Florida senator’s book, “American Dreams: Restoring Economic Opportunity for Everyone,” is out Jan. 13 and the former Arkansas governor’s book, “God, Guns, Grits and Gravy,” is due Jan. 20 — just in time to accompany Obama’s second-to-last State of the Union address.

Rubio was upbeat in an interview Wednesday with the Associated Press, despite all the attention to Jeb Bush.

“I believe that if I decide to run for president, we have a path to be a very competitive candidate, and ultimately to win,” Rubio said.

Rubio will continue to be busy as part of the Senate’s new Republican majority, while Huckabee last Saturday evening gave up his popular Fox News show to weigh a second run for the White House.

The men will use their books as springboards for speaking engagements and media appearances designed to put them on voters’ minds. So far, Huckabee’s new offering has captured more buzz, largely because in it the veteran evangelical pastor takes shots at two high-profile Obama supporters. He chides mega-pop singer Beyonce and her husband, hip-hop superstar Jay-Z, for what he calls the smuttiness of their lyrics and on-stage moves.

U.S. News and World Report’s David Catanese, who got an advance copy, zeroed in on this passage in the Huckabee book, among others:

Beyonce is incredibly talented — gifted, in fact. She has an exceptional set of pipes and can actually sing. She is a terrific dancer — without the explicit moves best left for the privacy of her bedroom. Jay-Z is a very shrewd businessman, but I wonder: Does it occur to him that he is arguably crossing the line from husband to pimp by exploiting his wife as a sex object?

Sen. Rand Paul, R-Ky., is expected to get something of a bounce for his White House ambitions as Americans get to know his wife, Kelley, who is doing her own book tour. (Paul has a PAC too plus a book on the way.)

The Associated Press reports that the senator’s better half already has won over audiences, and reduced many to tears, as she talks about “True and Constant Friends,” which is due in April and chronicles a continuing friendship with female pals from college days.

“We do talk about it a lot,” Kelley Paul told reporters in her hometown of Russellville, Ky., referring to the expected White House bid by her husband of 24 years, adding:

Obviously, he’s laying a lot of the groundwork and doing a lot of the things to make it possible for him to seek the nomination. But we haven’t finally made that decision yet.

One GOP star who can’t make it to the Iowa Freedom Summit is Lousiana Gov. Bobby Jindal, but he figures he has a good excuse.

In an appearance in the state capital of Des Moines this past Tuesday night before an audience of Christian and Jewish leaders, Jindal said he was committed to a prayer event back in Baton Rouge, La., the day of the summit that has attracted so many of his GOP rivals.

Jindal centered his speech — and one earlier in Cedar Rapids to about 50 religious leaders — on the role of faith in American life, the Des Moines Register’s Jennifer Jacobs reports exclusively.

“The reality is, I’m here today because I genuinely, sincerely, passionately believe that America’s in desperate need of a spiritual revival,” Jindal said at the private gathering, adding:

I love to quote Winston Churchill [:] ‘You can always count on the Americans to do the right thing after they’ve exhausted every alternative.’ That’s where we are as a country. We have tried everything, and now it is time to turn back to God.

Jindal previewed such remarks in a speech in September to the Value Voters Summit in Washington, D.C., as reported at the time by The Daily Signal’s Josh Siegel.