Gohmert on Speaker Election: ‘The Fight Does Not End Today’ 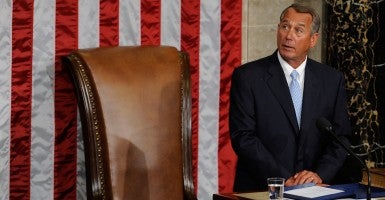 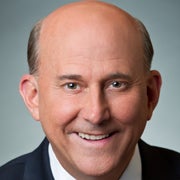 Louie Gohmert represents the 1st District of Texas in the U.S. House of Representatives.

We made a difference today.

The results were not what we hoped for, but the voices of tens of thousands of Americans were heard by the people on Capitol Hill. Phone lines all over Capitol Hill were lit up by voters letting everyone here know the will of the American people.

This was always about one thing—trying to have a House speaker who was sensitive to the will of the American voters. As I repeatedly made clear, this was never about one person.

We knew that if everyone were present, we needed 29 votes for anyone other than the current speaker. If we achieved that, then either after the first ballot or second, we would have a conference of only Republican members of Congress to likely agree on a compromise candidate.

The goal was to have a new speaker with wisdom and honesty to lead the Congress. The fight does not end today.

Our cause is a worthy one that we will continue. We must not be breaking our promises to the American people. We must keep the momentum that we created so that the House of Representatives can be as intended “the People’s House” and not just a rubber stamp for broken promises.

This is not the last battle. We still have a president acting as if he were the executive, legislative and judicial branches all in one. We also need a House and Senate that are kept accountable.

After being told that we should now all come together and work together, we have been told late today that two of our congressmen [Florida Reps. Daniel Webster and Rich Nugent] are being taken off of the committee they were on, simply for voting like their voters wanted. So, it appears before we can work together, we are now going to have another fight.

It would be a shame if the speaker of the House who has so much power is a sore winner.