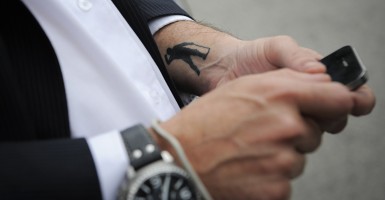 Both Del. Peter Farrell, a Republican, and Del. Betsy Carr, a Democrat, have filed bills to prohibit authorities from searching all electronic devices — cell phones, laptops or tablets — without a warrant. (Photo: Getty Images)

Virginia lawmakers have some serious problems to tackle when they return to Richmond on Jan. 14.

With the Jan. 6 sentencing of former Gov. Bob McDonnell fresh in their minds, lawmakers will wade through proposals to tighten rules on disclosure laws, lobbying after leaving the statehouse and gift limits.

They also will have to close a $2 billion budget shortfall and address renewed concerns about privacy and security in the wake of the National Security Administration scandal and the events in Ferguson, Mo.

Here are some of the top bills and themes to watch for in 2015.

Following revelations about possible inaction in cases of suspected rape at the University of Virginia and elsewhere, Republican Sen. Richard Black has filed legislation, SB 712, requiring university employees to report incidents to police within 48 hours.

Del. Eileen Filler-Corn has filed similar legislation, HB 1343, that requires either campus police or local law enforcement to report any sexual assault investigation on university property to the local commonwealth’s attorney within 48 hours.

2) No searching electronic devices without a warrant

Both Del. Peter Farrell, a Republican, and Del. Betsy Carr, a Democrat, have filed bills, HB 1274 and HB 1349, to prohibit authorities from searching all electronic devices—cell phones, laptops or tablets—without a warrant. These bills are part of a bigger privacy push that resulted from the creation of the Ben Franklin Privacy Caucus this year. The bipartisan caucus, led by Democratic Sen. Chap Petersen and Republican Del. Richard Anderson, is looking for ways to reform everything from the use of drones to automatic license plate readers by police.

Lawmakers have filed a few bills to tighten Virginia’s ethics and disclosure laws, and more are sure to come.

Farrell is trying to prohibit any lawmaker who retires from the General Assembly from taking a state agency job for at least one year.

Petersen has filed a massive conflicts of interest bill, prohibiting state and local government employees from accepting any gifts over $100. Any intangible gift over $100, such as airfare, would have to be approved by the Conflict of Interest and Ethics Advisory Council.