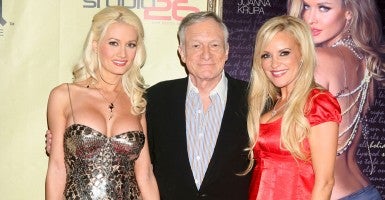 A recent study suggests there is a significant culprit in the decline of marriage rates among young adults—pornography.

“Since changes in the accessibility of pornography have occurred coincident to large changes in marital behavior, the causal relationship between the two is a natural question,” notes the study. “Substitutes for marital sexual gratification may impact the decision to marry.”

According to the researchers, “The results in this paper suggest that such an association exists, and that it is potentially quite large.”

The IZA studied the marriage rate and Internet habits of more than 1,500 men aged 18-35.

According to another study cited in the report, 87 percent of young men report having used pornography.

According to the Witherspoon Institute, “Society will be better off if the facts about pornography use and its consequences are widely and effectively circulated so that people from all walks of life can take account of them.”