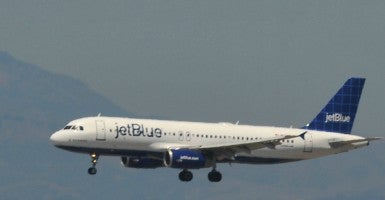 JetBlue Airways is doing what they can to support the friends, family and colleagues of slain New York Police Department officers Wenjian Liu and Rafael Ramos.

The airline has offered free flights to two officers from any U.S. law enforcement agency in cities they fly to that may want to attend the funeral for the victims. They are also working with another airline to secure plane tickets for the family of Liu, many of whom reside in China.

Ramos’ funeral will be held Saturday in Queens, N.Y., while services for Liu have not yet been scheduled due to family traveling from overseas.

The two officers were murdered last weekend in New York City, an alleged response to the deaths of Michael Brown and Eric Garner.

Officer Jason O’Farrell, originally from New York and now of the Austin Police Department, is traveling to New York for the first funeral and had this to say about why he’s attending, despite not personally knowing the officers who were killed:

To be able to go back and not only represent the department but the police association and to stand up with all of the NYPD officers and the officers around the country to stand up and show our support, it’s an honor.

There’s no word yet on the number of police officers taking JetBlue up on the offer, but the airline has made it clear they are more than happy to provide the flights.

In a statement regarding the offer, they write:

We’re honored to do what we can to support the communities we serve, and our team has made flights available to law enforcement agencies across our route network who wish to send representatives to New York to support their brethren.

A sad event, but such generosity is surely representative of the Christmas spirit.