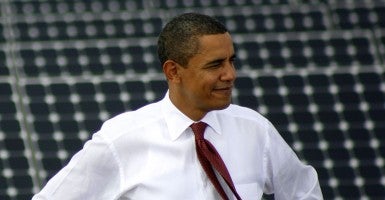 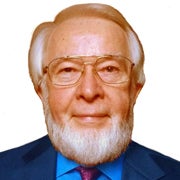 President Obama is coordinating with far-left environmental activists to wage an all-out assault on American oil and natural gas.

The NRDC’s unjustifiable access to such anti-fracking regulatory power—and the diversion of $8.4 million in taxpayer dollars to its coffers—is highlighted in an October report from the Senate Environment and Public Works Committee minority staff titled, “Setting the Record Straight: Hydraulic Fracturing and America’s Energy Revolution.”

The 111-page committee report opens by citing the enormously positive impacts of America’s oil and natural gas renaissance, which has:

But the emphasis is on those who would obliterate that renaissance. The message to the public is a warning: President Obama is coordinating with far-left environmental activists such as the aggressive NRDC and the Sierra Club, along with their millionaire board members, their Hollywood celebrity boosters and their “philanthropic” funders, such as the rabidly anti-fracking Park Foundation, to wage an all-out assault to shut down domestic production of American oil and natural gas. The report notes that “the price of energy is no object to them; they can afford to pay their energy bills at virtually any price.” They can dump hundreds of millions of dollars into a coordinated campaign against affordable energy, decrease the standard of living for middle-class America and devastate the poor without a qualm.

Specifically, NRDC and other groups are “initiating legal challenges to force regulatory action with sue-and-settle arrangements”—the Sierra Club has received more than $19 million and the NRDC $252,004 in EPA-friendly settlements.

The most insidious attack is “blurring the scientific literature with spurious studies.”

Since 1997, EPA regulation of oil and natural gas extraction grew by more than 145%.

The foremost example is a 2011 Cornell University report by two biologists and an engineer who “falsely concluded that the life-cycle emissions from natural gas development emit more greenhouse gases than coal,” which was touted by The New York Times as “settled science” useful to silence defenders of fracking. But it was, in fact, science made for hire.

Lead author Robert W. Howarth “was approached by the Park Foundation in 2010 and asked to write an academic article that would make a case that shale gas was a dangerous, polluting fuel. That same year, Park Foundation gave Cornell University $135,000 for Howarth’s study,” the report said.

Howarth’s “outdated and manipulated data” were so wrong that his study was refuted by his own Cornell colleagues, state regulators, some environmental groups and even Obama’s White House.

The Park Foundation’s IRS Form 990PF reports from recent years reveal anti-fracking grants totaling more than $3 million to media outlets, including the American Prospect, Earth Talk, Grist, Mother Jones, the Nation and Yes! Magazine, along with activist groups including Earthworks, Food and Water Watch, Friends of the Earth, Greenpeace, Media Matters for America and a network of about 50 others.

“This strategically organized alliance,” says the report, “has gone to great lengths to misconstrue facts, falsify science, and manufacture risks in order to vilify hydraulic fracturing” while ignoring the numerous failed “green” stimulus projects, including Solyndra.

The committee report was particularly concerned about Obama’s rhetoric that masks his intent, citing remarks that he gave to Northwestern University in October. According to the report, Obama bragged that “our 100-year supply of natural gas is a big factor in drawing jobs back to our shores. Many are in manufacturing, which produce the quintessential middle-class job.”

But at the same time, the report said, “over one dozen federal agencies [are] attempting to justify the federal usurpation of states’ rights to regulate hydraulic fracturing.”

Since 1997, EPA regulation of oil and natural gas extraction grew by more than 145 percent, and 13 federal agencies are trying to regulate fracking out of existence.

The overall picture of the president’s allies is one of heirs, investors and entrepreneurs who became vastly rich in the capitalist system and thus envision themselves as the best directors of everybody else’s life. They became a new ruling class, crony capitalists out to mold the public destiny by destroying all competing visions, using power purchased from politicians, activists and media shills. The committee report connects some crony capitalist dots: John Bryson was a co-founder of NRDC in 1970 and later became the chairman and CEO of Edison International, “which obtained exclusive power purchase agreements for four solar projects that received [Department of Energy loans].”

In May 2011, Bryson was appointed to be Obama’s Secretary of Commerce and resigned in 2012 for health reasons. NRDC has numerous doorways to the corridors of power.

Conservatives puzzle over the socialist direction of Big Green’s crony capitalists. Anti-fracking activist Bill McKibben’s 350.org bluntly positioned itself as socialist when director Naomi Klein published her 2014 book, “This Changes Everything: Capitalism vs. the Climate,” which sets the anti-fracking, anti-fossil fuel task as, “shredding free market capitalism.” Does her gang mean to shred America’s private enterprise by nationalization?

Why bother? If your crony capitalist money can buy the government regulations you want and reroute the federal treasury into your anti-fossil fuel agenda, you get to keep your taxpayer-fed crony capitalism and anybody who survives gets the socialist shreds.

We all owe a debt of thanks to Sen. David Vitter of Louisiana, top Republican on the Senate Environment and Public Works Committee, for having the courage and diligence to spearhead such investigations as this fracking report documents.

Looking beyond the waning days of the lame-duck session, he told The Daily Signal, “With a Republican majority in the Senate, committee reports—which are based on honest research—will have a more significant presence in terms of creating awareness and setting policy.

“These reports are crucial to understanding how aggressive the EPA and Obama administration are in broadening the scope of their authority to issue regulations that affect small businesses and individual families across the country. Plus, they could lead to oversight hearings and perhaps legislative reforms.”