Time to Leave Behind ‘Leading from Behind’: A Way Forward on Foreign Policy 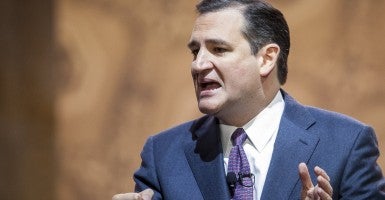 Pete Hegseth is the CEO of Concerned Veterans for America and a Fox News Contributor. As an Army infantry officer, Pete served tours in Afghanistan, Iraq and Guantanamo Bay.

For the American left and its allies in the major media, Barack Obama’s resounding victory in the 2008 presidential race was supposed to mark a new chapter in U.S. foreign policy.

At last, the left hoped, we’ll see the emergence of a post-modern approach to foreign affairs that will earn both love and respect for the United States around the world by stressing cooperation, understanding and the primacy of the “international community.”

That was always a fantasy, of course—but it was sold with gusto, so much so that voters were willing to give a first-term U.S. senator, without any experience in executive management or foreign policy, a chance.

Six years later, the wages of that misjudgment are clear. According to a November NBC News/Wall Street Journal poll, 60 percent of Americans disapprove of Obama’s handling of foreign policy.

Which makes sense, given the state of the world. Americans see the gathering crisis and turmoil in the Middle East as Iraq, Syria and Libya descend into chaos. They see Iran getting closer to a nuclear bomb, Russia’s invasion of Ukraine  and China gaining economic power while taking a more aggressive stance toward its neighbors.

Americans rightly are concerned by what has gone so dramatically wrong that the United States, for all our wealth and military power, is no longer capable of providing leadership to ensure stability and security.

But if the Obama approach to foreign affairs—marked as it is by a toxic combination of willful naivety, incoherence and poor execution—is a failure, then those who question the president’s judgments must be prepared to offer an alternative. In other words, in the wake of the failure of Obama’s naïve world view, what should a modern and realistic U.S. foreign policy look like?

That was the question we explored at a Dec. 2 symposium in Washington, D.C., put on by Concerned Veterans for America and The Weekly Standard. Bringing together a thoughtful roster of thinkers and leaders on foreign policy and national defense, the symposium furthered a much-needed conversation focused on new directions for foreign policy in the wake of the Obama administration’s misbegotten approach of “leading from behind.”

While there were very real differences on the details of future national security policy, a common theme ran through the discussion, ably summed up by Sen. Ted Cruz, R-Texas, in his keynote address: “Leading from behind doesn’t work…. We are seeing the consequences when America recedes and hides from the mantle of leadership.”

Other participants echoed that theme. Rep. Adam Kinzinger, R-Ill., an Air Force veteran, emphasized that the United States needed to reclaim its commitment to a strong national defense and unapologetic global leadership, to correct for  the years of drift under the Obama administration.

Meanwhile, Rep. Tom McClintock, R-Calif., argued for restoring balance between the executive and legislative branches when it comes to setting national security policy and declaring war. His emphasized the need for addressing America’s national debt and underscored that a strong U.S. economy is a necessary precursor to military might.

A panel of defense and foreign policy experts composed of Michael O’Hanlon of the Brookings Institution, James Carafano from the Heritage Foundation and William Ruger from the Charles Koch Institute offered thoughts on a range of issues. Although the panelists reflected a range of opinions, certain commonalities emerged, notably an agreement that sequestration has been a poor substitute for responsible defense budgeting.

Just a few weeks after the November mid-term elections, attention is already turning to the 2016 presidential race, which means it’s critical that we have this debate in the years to come. Advocates of a more muscular U.S. leadership stance around the globe—I count myself among them—must engage and listen to thoughtful advocates, on the left and right, who remain skeptical of U.S. intervention after the challenges of the last 13 years.

It’s only through such constructive exchange that a strong, pragmatic, bipartisan synthesis can emerge—and we can leave behind the Obama administration’s failed policies of “leading from behind” and “don’t do stupid sh*t” that have resulted in such chaos around the world and a diminished American reputation.