This Easy Fix Will Create New Flexibility for American Workers 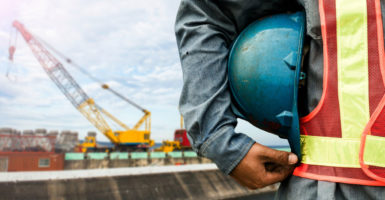 So-called “comp time” is commonplace for government workers, but not so much among low-income workers in the private sector.

The reason? The government prohibits it.

By law, all salaried employees who make less than $23,660 per year are subject to overtime rules. This means employers must pay them time-and-a-half for any hours beyond 40 hours in a given week, even if the employee would prefer to accumulate time-and-a-half in paid leave to use in the future.

Unlike private employees, government employees can trade overtime hours for comp time. If an employee works 45 hours one week, he can choose to trade that overtime for 7.5 hours of paid leave.

Alabama Rep. Martha Roby, who chairs the House subcommittee on workforce protections, thinks all workers should be free to receive comp time if that’s what they prefer.

That’s why she introduced the Working Families Flexibility Act of 2017, so that all employers and employees can have the freedom to offer and receive the same comp time benefit as government workers.

Many working families in America struggle. Some struggle to put food on the table and pay the mortgage, and virtually all struggle to balance the demands of their work with the needs of their families and their desire to spend time with them.

These struggles can be particularly distressing for lower-income workers who tend to have more limited access to time off from work, both paid and unpaid. For many of them, time off is more valuable than time-and-a-half in pay.

Take an expectant mother without access to either paid or unpaid family medical leave. She would probably love to bank some overtime hours in exchange for time off after the birth of her child, but the government prevents that.

Of course, the big government answer would be to try to fix government-imposed problems by adding even more layers of government-imposed “solutions,” such as mandated paid leave policies. But that would be counterproductive and could even cause companies to discriminate against women in the hiring process.

Roby sees government mandates on private sector employers as the problem—not the solution.

By eliminating the prohibition on “comp time,” the Working Families Flexibility Act of 2017 would allow working parents to exchange time-and-a-half pay for time-and-a-half leave.

If an employee worked two hours of overtime one week, they would accrue three hours of comp time to use in the future so that they could bring a family member to the doctor or attend a child’s sporting event.

The act includes worker protections—through employer penalties—to prevent employers from coercing employees into taking comp time instead of overtime pay. Employees can choose at any time whether or not they want to switch from comp time to overtime pay, and they can also cash in their unused comp time for overtime pay.

This really is a win-win for employers and employees. All it does is give them the option to do something they currently can’t.

While it is true that many low-income workers live paycheck to paycheck and could benefit from overtime pay, they could also benefit from paid time off. It’s not the government’s job to decide what’s best for workers and their families.

Note: This article has been updated to correct the sponsor of the Working Families Flexibility Act of 2017 and to clarify the overtime rule.