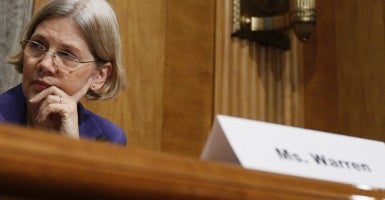 Recently I had the pleasure of testifying at a Senate hearing. The topic was “Improving Financial Institution Supervision: Examining and Addressing Regulatory Capture.”

“Regulatory capture” refers to a common phenomenon: individuals serving as regulators come to identify with the firms they regulate at least as much as with the agencies that employ them. Thus, the regulator becomes “captured” by the industry it is supposed to be supervising.

Recent stories in ProPublica and This American Life highlighted these issues, and some people were shocked to find out about this sort of thing. But the stories surprised no student of regulation—regardless of industry—and certainly no one who has followed the history of the Fed.

Two of the witnesses on my panel offered solutions to end the capture problem at the New York Fed. Their good ideas deserve discussion.

Forcing the Fed’s examiners to wait several years before they can work for the firms they supervise, for instance, seems to be a reasonable measure. Currently, the waiting time is only one year and, according to Columbia Business School Professor David Beim, is easily circumvented.

But any new time-frame will be arbitrary, and longer waiting periods will more radically alter the basic incentive structure regulators face. In the extreme, for instance, regulators could be banned for life from working for the firms they supervise.

In this scenario, salaries would most likely have to be very high to entice people into permanent public-sector jobs, and regulators would probably suffer from some of the tenure-related problems found in academia. (Tenured professors often become less productive than they were prior to receiving guaranteed employment.)

Additionally, capture could still work in the other direction. In other words, individuals could work for a financial firm for years and then go to work for a regulator.

Should we really write federal regulations that prohibit people from ever taking certain jobs? Is that really free enterprise?

Aside from these issues, nobody at last week’s hearing really delved into what ending regulatory capture might accomplish. The general tenor was that getting rid of capture would give us “better” regulations in the sense that firms wouldn’t be able to skirt the rules, thus leading to safer financial markets.

The last 100 years, however, teach us that more regulation does not result in safer financial markets. Even more troubling, none of the examples discussed in the hearing really supported either of these ideas.

One example, cited repeatedly, dealt with Carmen Segarra, a former examiner with the New York Fed. Segarra, claims that “she was retaliated against for refusing to back down from a negative finding about Goldman Sachs.” The NY Fed denies her claim.

Regardless of the merits of Segarra’s allegations, there seems to be no dispute over one fact: the Goldman deal in question was “legal but shady.” That is, the deal conformed to the rules.

It seems that Warren and the other witnesses on the panel don’t really care that the deal was legal. Presumably, they would like regulators to have the authority to stop a deal – even one that meets all the rules and requirements – if they don’t like it for any reason.

This standard simply can’t become our regulatory benchmark for a number of reasons.

First, treating the rules in this manner would mean that we really don’t have rules. Instead, we’d have a system where regulators make up everything as they go along.

Furthermore, when regulators make these types of decisions, they substitute their own judgment for that of the investment professionals. The regulatory agency would effectively be running the company, and that’s not free enterprise.

If Congress wants to make financial markets safer, ending regulatory capture and/or giving regulators arbitrary power is not the best place to start.

The first step is to stop the Fed from helping to socialize private investors’ losses. Under the current system, any firm that doesn’t take more than the socially optimal level of risk is betraying its shareholders.

Rather than force the NY Fed’s managers to go through a few management seminars, let’s try the following:

The best way for the Federal Reserve to contribute to financial stability is to focus on monetary stability. This list of reforms would get us going in that direction, and that’s free enterprise.