How a Former Governor’s Conviction Is Reverberating in Virginia 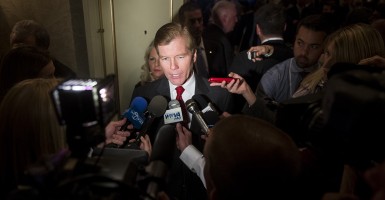 A Virginia Republican’s forthcoming retirement after three-and-a-half decades in the General Assembly could give Democrats a better shot at regaining control of the state Senate next year.

Watkins said he wanted to spend more time with his grandchildren. But he also told CBS 6 in Richmond he is worried about the increased scrutiny in the wake of the indictment and conviction of former Virginia Gov. Bob McDonnell.

Watkins told the station he had been considering retirement ever since McDonnell’s September conviction.

“I’ve been thinking of it since this whole thing with Bob McDonnell. It will make it very difficult for someone like myself,” Watkins told CBS 6. “I would always be called into question.”

Increased scrutiny and tougher ethics and disclosure laws are bound to come, thanks to public pressure. It just depends what kind of laws the General Assembly can agree upon this spring.

Democratic Gov. Terry McAuliffe has set up a commission that’s already suggesting legislation to give an ethics panel the ability to launch investigations.

Come next year, state lawmakers will have to go on the record with whether they’d vote to criminalize any ethical violations within their own ranks.

State Sens. Chap Petersen, D-Fairfax, and Richard Stuart, R-Westmoreland County, are raising the stakes with a bill that bans state employees, candidates for office and elected officials from accepting any tangible gift over $100, prohibits them from taking official action because of a gift and requires an ethics panel to review any intangible gift—like airfare—over $100.

The bill adds some “teeth” to the Virginia Conflicts of Interest and Ethics Advisory Council, as Petersen put it.