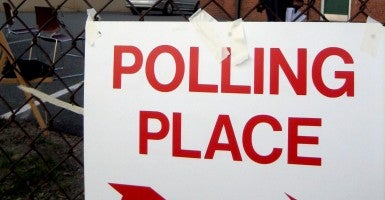 Still not motivated to go to the polls to vote for or against various lawmakers, governors and other officeholders?  Perhaps one of 147 state ballot questions may entice you.

During Tuesday’s midterm elections, besides picking candidates, voters will weigh in on issues ranging from raising the minimum wage and legalizing marijuana to labeling genetically modified food and regulating abortion.

In one state, voters can rule on whether the legislature should save paper by distributing proposed legislation to members electronically. Voters in four states will consider raising the minimum wage. The four in question — Alaska, Arkansas, Nebraska and South Dakota — are red states, but polls suggest all of the measures are likely to pass. Voters in Alaska, Oregon and the District of Columbia will vote on measures that would allow recreational use of marijuana for adults.

If the questions get the high sign, the three would follow the lead of Colorado and Washington, which legalized marijuana by ballot initiative in 2012.

The measures in Alaska and Oregon would allow for the retail sale of marijuana to anyone 21 or older.

The D.C. measure would make it legal to grow and possess pot, but not sell it. Congress could overrule a voter decision to legalize marijuana.

>>> Why The Post Is Right to Oppose Legalized Pot in D.C.

Besides the votes on recreational use, Florida will vote on medical marijuana. If voters approve, Florida would be the 24th state to allow it. In North Dakota, passage of Measure 1 would enshrine “the inalienable right to life of every human being at any stage of development.” The state would become the first to define life as beginning at conception.

In Colorado, a “personhood” amendment would add fetuses to those protected by the state’s criminal and wrongful death act.

Tennessee’s Amendment 1 would amend the state constitution to say that nothing in the document “secures or protects the right to abortion or requires the funding of an abortion.”

If passed, the amendment would have no immediate effect on abortion in Tennessee. However, lawmakers could in the future pass restrictions that the state Supreme Court already has declared unconstitutional. Measures in Oregon and Colorado would require the labeling of foods with genetically modified ingredients.

Vermont is the only state that has a labeling requirement. Its law, scheduled to go into effect in 2016, has to withstand a court challenge. In Alabama, voters will decide whether to add the pro-hunting Amendment 5 to the state constitution. It would “clarify that the people have the right to hunt, fish and harvest wildlife subject to reasonable regulations that promote conservation and management of fish and wildlife and preserve the future of hunting and fishing.”

In Maine, a citizen-initiated referendum would prohibit the use of traps, bait and dogs to hunt bears. Proposition 47 in California would reclassify possession of heroin, methamphetamine and other illegal drugs, and theft of $950 or less, dropping them from a felony to a misdemeanor.

>>> Will Conservatives Back Sentencing Reform Merging ‘Compassion and Common Sense’?

If the measure passes, California will become the first state to “de-felonize” all drug use.

Backers of the initiative aim to relieve prison overcrowding by reducing sentences for non-violent crimes and putting the savings into community programs. Oregon’s much-debated immigration initiative would uphold a law allowing four-year driver’s licenses for those who cannot prove legal presence in the U.S. Two contrasting measures on gun control are on the Washington state ballot. Voters will decide whether to allow the state legislature to distribute proposed legislation to its members electronically.