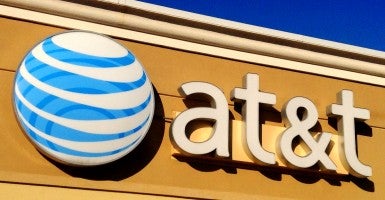 AT&T claims it did nothing wrong and had notified customers of the change. The FTC handles these sorts of disputes all the time. Importantly though, the FTC’s aggressive pursuit of the case shows how existing laws are well-equipped to protect consumers without the need for so-called “net neutrality” rules.

Specifically, the FTC contends AT&T misled its customers when it slowed service for heavy users of the provider’s “unlimited” data plan, making the unlimited plan in fact quite limited. The practice, known as “throttling,” has been a frequent flashpoint in the debate over the Federal Communications Commission’s attempted regulation of the Internet with rules that essentially would treat Internet providers as public utilities.

This type of regulation—known as “Title II”—would chill investment and innovation, as well as break the formerly bipartisan acknowledgement that a “light-touch” approach is best to maintain the dynamism of today’s open Internet.

FCC interest in alleged throttling cases dates back to 2007 when the FCC accused Comcast Corporation of throttling users of BitTorrent, a file sharing program. These BitTorrent users, Comcast said, clogged the network by consuming exponentially more data than the average user. Regulation advocates howled for FCC intervention, ostensibly to protect consumers from Comcast and other companies that allegedly have misled their customers.

This week’s case, filed by the FTC in the Northern District of California, addresses the same basic issue without new rules and without bringing yet another agency, the FCC, into the mix.

Indeed, upon filing the suit, FTC commissioner Maureen Ohlhausen declared that the “[FTC] can and will enforce broadband [Internet Service Providers’] promises about traffic [management],”—a power regulation advocates say the FCC needs.  And as another FTC commissioner tweeted, the FTC’s established cost-benefit standard and economic analysis constitute a “superior approach on #NetNeutrality issues,” compared to the ever-lagging FCC’s approach to overhauling the Internet.

The FTC’s factual claims against AT&T will have to be evaluated on their merits, but the lawsuit is evidence established protections already exist for consumers on the Internet. Policymakers should continue to protect consumers with the tools already at their disposal rather than impose new and potentially harmful constraints on the open Internet.