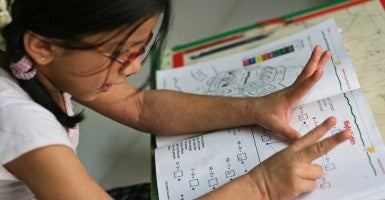 Although the FEA has 15 days to rework its argument, this ruling means that nearly 1,000 Floridian children will likely be able to use their scholarship accounts this school year.

Florida’s PLSA program is the nation’s second education savings account program. It allows over one thousand Floridian families to fully customize their child’s education with a variety of education tools and services. That is what was at stake on Wednesday.

The FEA had claimed that SB 850 —the law that created the savings accounts —violated the state constitutional requirement that “every law shall embrace but one subject… and the subject shall be briefly expressed in the title,” because it contains multiple subjects not expressed in the bill’s title.

But the FEA failed to show how school choice for students would directly harm the teacher’s union. Without this showing, the FEA lacks standing and cannot sue.

According to RedefinED’s Travis Pillow, Ramya Ravindran, counsel for the FEA, had argued that parts of the law “arise under the Legislature’s taxing and spending power.” And the FEA had sued under a Florida law that grants taxpayers standing to challenge Florida laws that go beyond the state constitutional authority to tax or spend.

But Judge Francis was apparently not buying that argument, and his ruling is a big win for students in Florida.

According to Florida’s Step Up for Students, one of the organizations managing the PLSAs, the program has received more than 3,000 applications and has distributed nearly 1,000 accounts. After this ruling, the freeze on the accounts is lifted, and those students anxiously awaiting access to their accounts will finally be able to move forward as they planned this school year.

The Arizona-based Goldwater Institute, which successfully litigated on behalf of education savings account recipients in Arizona, filed a motion of intervention on behalf of five Florida families early in the case.

With Florida’s accounts, the state deposits 90 percent of its per-pupil state funds into a restricted-use savings account for parents to fully customize their child’s education through a variety of pre-approved educational services and products, including private school tuition, tutoring, curricula for home schooling, therapy, textbooks and special-education services. Parents are able to roll-over unused funds from one year to the next, and can even direct unused funds into a college savings account.

Although FEA’s counsel considers the personal learning accounts “a collateral casualty” in the lawsuit, this is not the case for thousands of Florida families who are looking to give their children the best education possible through the customized learning that Florida’s personal learning scholarship accounts provide. With this ruling, the families who now have access to their accounts can do just that.