The Slow Decline of American Entrepreneurship 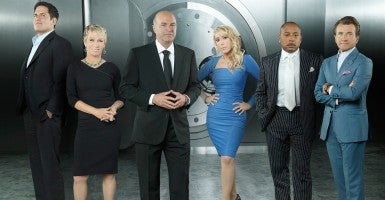 Tim Kane is an economist and research fellow at the Hoover Institution at Stanford University.

Start-up companies are the reason America’s economy is more innovative, prosperous and dynamic than the economies of other industrialized countries around the world.

New companies create roughly 3 million jobs every year, while existing companies tend to shed 1 million jobs. It is no secret why a healthy entrepreneurial culture is important.

Think of it this way: Roughly 1 in 10 U.S. companies are founded each year, and these young firms create 100 percent of all net new jobs. Even in gross terms, start-ups punch above their weight, with 16 percent of all new jobs created by start-ups. Older firms create fewer jobs per firm, but, on average, cut even more, for a net negative impact.

>>> This essay is from the 2014 Index of Culture and Opportunity

While start-ups have always played an important role in the U.S. economy, the extent to which they drive job creation was, until recently, underappreciated.

However, thanks to new data from the federal government, we are able to identify job creation across all firms according to their date of “birth.” Yet, as important as this insight is, the data, which only goes back as far as 1977, also shows an alarming downward trend: America’s entrepreneurship rate is declining.

START-UP JOBS AS A PERCENTAGE OF TOTAL PRIVATE-SECTOR EMPLOYMENT During the Carter administration, 14 percent of U.S. companies were start-ups.

We can only speculate why entrepreneurship is declining, but it seems that America’s economic culture is trending toward the European model.

In Europe, as well as Japan, large corporations are the norm, as are ample welfare programs and an erosion of familial bonds.

America’s history of entrepreneurship is strongly rooted in a culture of hard work and self-reliance. Unfortunately, bureaucratic regulations are growing at the same time start-ups are declining. Coincidence?