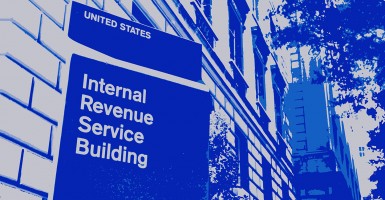 Sen. Carl Levin, chairman of the Permanent Subcommittee on Investigations, is putting the finishing touches on his supposed “investigation” of the IRS scandal that will, in essence, be a press release for the IRS and the administration, a reliable source tells me.

A forthcoming report is expected to clear the IRS of wrongdoing for targeting tea party groups.

The Michigan Democrat apparently dismisses all of the allegations made over the targeting of tea party and other conservative organizations and instead attacks the Office of the Treasury Inspector General for Tax Administration, which revealed the scandal when it issued its May 2013 report about the “inappropriate criteria” used to “identify tax-exempt applications for review.”

The same source says Sen. John McCain, R-Ariz., ranking Republican on the Homeland Security and Governmental Affairs Permanent Subcommittee on Investigations, will not be signing the majority’s report. McCain will issue a separate report that mirrors the investigations and findings of the House committees on Ways and Means and Oversight and Government Reform , which have been looking into the misbehavior of Lois Lerner and the IRS. Two organizations have filed ethics complaints against Levin with the Senate Select Committee on Ethics for encouraging the IRS to engage in the sort of behavior that his report will claim the IRS didn’t do.

In addition to the complaint filed by Tea Party Patriots, one of the organizations targeted by the IRS, the Center for Competitive Politics (CCP) also filed a 24-page complaint accusing Levin and other members of the Senate of violating “Senate rules and norms” and abusing “the power of their office in an effort to advance their political party’s campaign and electoral objectives between 2010 and 2012.”

Specifically, the CCP complaint alleges Levin sent a series of letters to the IRS “pressing the IRS to target mostly conservative organizations with cumbersome questionnaires seemingly calculated to slow down their applications for tax-exempt status in the middle of an election year.”

Levin also pushed the IRS to open up “enforcement actions against specific organizations” and requested “confidential taxpayer information that Senator Levin knew, should have known, and was specifically told could not be legally disclosed by the IRS.”

Both the CCP and Tea Party Patriots complaints remain pending before the ethics committee, which is headed by Sen. Barbara Boxer, D-Calif. There is little doubt that Boxer would like to bury these complaints filed against not only Levin, but also against eight other Democratic senators: Richard Durbin, Ill., Charles Schumer, N.Y., Jeanne Shaheen, N.H., Tom Udall, Colo., Sheldon Whitehouse, R.I., Al Franken, Minn., Michael Bennet, Colo., and Jeff Merkley, Ore.

According to the CCP complaint, former IRS acting commissioner Steven Miller acknowledged that Levin’s efforts did have an effect on the IRS’s internal proceedings.

.@SenCarlLevin is facing ethics questions for his conduct with the IRS.

CCP’s complaint cannot be easily dismissed. It is a non-partisan, third-party organization that is not part of the IRS investigations. It is headed by former Federal Election Commission chairman Bradley Smith. Its complaint raises serious ethics issue over a senator trying to use a federal agency against his political opponents and is supported by more than 100 pages of exhibits.

Nonetheless, it seems Levin does not believe that such behavior, as well as the pending ethics complaints against him, poses any conflict of interest to his continued oversight of the subcommittee’s investigation.

Former FEC chairman Brad Smith, the head of CCP, says that Levin’s report on the IRS “is really his defense brief, masquerading as congressional fact-finding.” It is his Wizard of Oz way of saying “pay no attention to what the IRS did behind the curtain.”