Why the Abortion Rate Is Declining 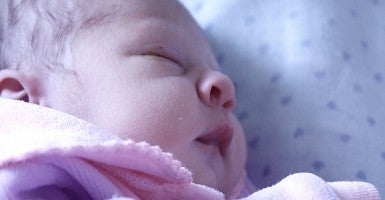 Over the most recent decade for which data are available (2001–2011), the overall U.S. abortion rate, calculated as the annual number of abortions per 1,000 women of childbearing age (15 to 44), has dropped, continuing a trend that first appeared in 1980. The decline has been steeper since 1990, with a brief plateau in the middle of the past decade. The 2011 rate for the nation is the lowest since 1973.

Discussions of U.S. abortion trends must always be accompanied by caveats. The United States has an incomplete national abortion reporting system and what is published by government agencies is subject to wide variation regarding both content and time frames. The most comprehensive report, from the Guttmacher Institute, is not issued each year; is voluntary, like the national surveillance reports issued annually by the U.S. Centers for Disease Control; and is subject to omissions that, the authors acknowledge, make estimates necessary. Several U.S. jurisdictions with particularly permissive abortion laws, including California, Maryland, and New Hampshire, gather little or no official information.

Nonetheless, the overall direction of U.S. abortion practice is clear. A closer look at individual states that have consistent data confirms this trend. Between 2001 and 2011, the U.S. abortion rate, based on Guttmacher Institute data, declined by 19.1 percent from 20.9 abortions per 1,000 women ages 15 to 44, to 16.9 per 1,000, the lowest rate since 1973 when it was 16.3. Of the jurisdictions (including the District of Columbia) whose abortion facilities reported data to Guttmacher between 1999 and 2011, a total of 45 reported reductions in their abortion rates, while only five states— Connecticut, Maine, New Hampshire, Pennsylvania, and West Virginia—reported increases. Overall, 33 states have abortion rates below the national average; 11 are consistently above the national norm, including California and New York. Explanations for the long-term decline in U.S. abortions involve both impressionistic and medico-legal factors, each of which may be making a contribution. Michael New (2014) has shown that abortion laws like parental notification, Medicaid funding restrictions, and properly designed informed consent all reduce the incidence of abortion. At the same time, the Guttmacher Institute notes a recent increase in the use of long-lasting or fixed forms of family planning (e.g., intrauterine devices and injectables that have lower failure rates than alternative methods that are more subject to user error).

Perhaps more importantly, six of the 10 most recent Gallup polls (between May 2009 and May 2014) that examine the question have demonstrated that a majority of respondents self-identify as pro-life. That increase may be both cause and effect of parental decisions to respond to unexpected pregnancies by carrying the child to term. James Taranto of The Wall Street Journal has described this as the “Roe Effect”—the shift in the belief characteristics of a population where birth rates, while declining overall, show strong divergence between parents indisposed to abortion and parents for whom it is an acceptable response.

Nonetheless, the U.S. abortion rate continues to rank near the highest quartile among Western nations. Our laws are among the globe’s most permissive, and the continuation of a positive three-decade trend cannot be presumed.

This essay is from The Heritage Foundation’s 2014 Index of Culture and Opportunity.