How Surrogacy Can Create Victims 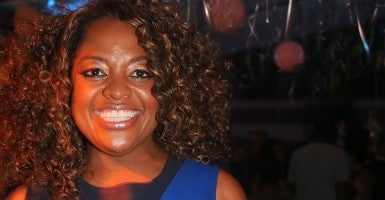 Sherri Shepard at grand opening of "The Attic." (Photo: Izzy/Wenn/Newscom)

A baby born to a surrogate mother Wednesday entered the world amid a messy custody battle.

Former “View” host Sherri Shepherd and her estranged husband Lamar Sally are reportedly involved in heated discussions about whether she has a legal obligation to this child, who was conceived using egg donation and surrogacy. US Magazine pithily summed up the situation with this line: “Sherri Shepherd may have become a mother for the second time.”

Surrogacy remains a morally fraught issue even as an increasing number of couples—unable to have children naturally—opt to have a surrogate bear their children. (These children are either biologically related to their parents or conceived through egg and/or sperm donation). Between 2004 and 2006, the American Society for Reproductive Medicine reported a 30 percent increase of live births via surrogacy in the United States, bringing the total to 1,059 in 2006, the latest year for which data on surrogacy is available.

In a new documentary, “Breeders: A Subclass of Women,” Jennifer Lahl, a registered nurse with over 25 years of experience, interviewed medical experts, surrogates, parents, and the children of surrogacy to dig past the veneer. Lahl, president of the Center for Bioethics and Culture, highlights two areas of concern.

The first is the commodification of new life. Like many, Lahl is concerned that the ability to essentially purchase the creation of new life will have negative ramifications on how society views children. As several interviewees in “Breeders” relate, “Most of the consideration within surrogacy is towards the adults” rather than children.

“Indeed, we see a shift away from helping infertile couples have a child to helping adults produce the types of children they desire. The child is no longer a good end in and of itself, but a consumer product to be designed—made not begotten—and discarded if imperfect.”

“Breeders”also discusses whether legalization will create a market for wombs, with the potential to exploit low-income women.In the U.S. states where surrogacy is legal, women are on average compensated $25,000 to $30,000 for one pregnancy. Additionally, Lahl reports that women who become surrogates may face physical and mental risks, with potential harms from the procedure.

As Shepherd’s and others’ stories show, surrogacy raises a number of troubling questions, particularly when it comes to the dignity of surrogate mothers and children.