Ohio Could Be Next State to Buck Common Core 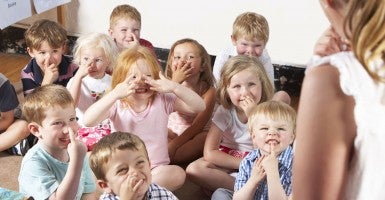 The Buckeye State could become the next state to buck Common Core. Leadership in the Ohio House announced hearings on the national standards and tests are slated to begin Aug. 12, and the state could consider a potential withdrawal from Common Core later this year.

Rep. Matt Huffman, R-Lima, told the Columbus Dispatch the August hearings would focus on efforts to exit Common Core and develop new Ohio-driven standards that incorporate proven, high-quality standards such as those established in Massachusetts.

If Ohio withdraws, it would become the fifth state to exit Common Core, following Indiana, Louisiana, South Carolina and Oklahoma. Other states have downgraded their involvement in the standards or the associated national test, and four states abstained from adopting the standards from the beginning. If Ohio exits, nearly one fifth of states would be non-participants in Common Core.

University of Arkansas professor emerita Sandra Stotsky recently detailed exactly how states and local school districts can reclaim their standards-setting autonomy. She suggests, among other recommendations, states that want to leave Common Core establish steering committees that include university-level content-matter experts, allow for a public comment period, include feedback from teachers and provide for an external review of the new standards.

Ohio can do better than Common Core. Although its prior state standards had significant room for improvement, it could re-adopt those standards and improve on them by taking from the best of other states, such as Massachusetts and California, and learning from classical curriculum schools such as the Great Hearts charter academies in Arizona.

As it reclaims control of the content taught in local schools, Ohio should look at growing school choice options to create the kind of flexibility that enables individual talent to flourish.

Home to five school choice programs, Ohio is no stranger to choice in education. Ohio families currently have access to a scholarship program for income-eligible kindergarten children to attend a private school of choice, a voucher option for children with special needs, the Autism Scholarship Program, the Ohio Ed Choice program, which offers private-school scholarships to children in chronically underperforming public schools, and the Cleveland Scholarship Program. Talk to the families participating in these options, and you’re likely to hear stories of how the type of educational customization they’re able to provide for their children through school choice has been life-changing. It’s the type of customization and choice one-size-fits-all national standards and tests will never foster.

School choice has seen tremendous growth over the past decade, as Heritage recently detailed in the newly released 2014 Index of Culture and Opportunity. Over the past ten years, charter school enrollment increased by 1.2 million students, and the number of students utilizing private school choice options like vouchers and tax credit scholarships increased by 218,000 over the same time period.

This growth holds the promise of connecting more students with learning options that match their unique needs. As students head back to school this fall, choice—not standardization—should greet them.