’Lame Duck’ Is Not the Time for a Highway Bill 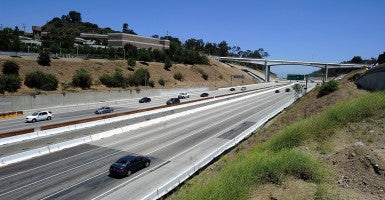 This week the Senate will debate a House-passed bill to pay for federal highway and transit programs through May 31, 2015. Sen. Barbara Boxer, D-Calif., wants to force action earlier, though, saying, “We must put politics aside and work together to pass a long-term transportation bill with a sustainable funding solution before the end of this Congress. A further delay extends the uncertainty.”

Boxer and her colleagues, Sens. Tom Carper, D-Del., and Bob Corker, R-Tenn., introduced an amendment to the House bill that would move up the expiration date to the end of 2014 (and change the bill’s financing provisions). That way, Congress would be forced to pass another extension or multi-year bill before the year’s end—squarely in the lame duck session of Congress.

Why the lame duck?

The lame duck is the time period when one Congress is in session after the new one has been elected. Retiring lawmakers and those unsuccessful in getting reelected are inoculated from the consequences of passing big government, burdensome policies. “They are free, for two months and at taxpayer expense, to vote for whatever they please … without their constituents being able to do anything about it,” then-senator Jim DeMint wrote in a 2012 report on the dangers of the lame duck.

In this case, lawmakers seeking to increase the federal gasoline or diesel tax rates, to increase Highway Trust Fund (HTF) revenue, would get cover. In fiscal year (FY) 2015 alone, Congress is projected to spend $14-$15 billion more than the HTF will collect in revenue.

Lame duck sessions do not bode well for taxpayers. Decisions are hurried, politicized, and lack transparency. Remember the fiscal cliff deal, which Congress passed on January 1, 2013? It allowed taxes, including the payroll tax, top marginal income tax rate, death tax, and taxes on investment, to increase on Americans. So much for a Happy New Year.

Boxer and others claim Washington needs more revenue to “invest” in critical infrastructure. But the HTF has a spending, not a revenue, problem. Congress’ transportation spending decisions are based on the preferences of bureaucrats, politicians, and special interest groups instead of commuters’ mode preferences and local transportation needs. As the Heritage Foundation recently wrote, the very motorists, bus operators, and truckers who would get stuck with a fuel tax hike are the ones who would get ripped off by it.

For example, at least a quarter of HTF spending goes to non-road, non-bridge activities, such as subways, bicycle paths, ferryboats, and landscaping, which do not shorten or improve commutes for the motorists paying the fuel taxes that fund the system. Motorists could reasonably assume the diversions would continue under any fuel tax increase.

Further, the federal highway program that the fuel taxes were intended to fund has been without a guiding purpose for several decades. The interstate highway system is all but complete. Transportation challenges these days are local—as in, how to get around New York City or Dallas, Texas, not how to get from New York City to Dallas.