Obama Promised a Stronger America. Is That True 6 Years Later? 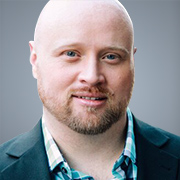 In 2008, presidential candidate Barack Obama inspired supporters with talk of a new direction in foreign policy, promising to end wars and improve relationships with allies. As president, Obama claimed in 2012 to have ended hostilities overseas and made America stronger—points that ultimately helped him continue into a second term. But throughout it all were warnings that Obama’s policy decisions weakened America’s standing. Today, we’re left wondering if the world finds itself in a worse position than before Obama’s 2008 promises.