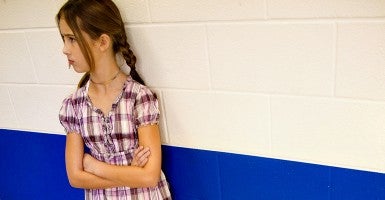 “Nothing is so permanent as a temporary government program,” quipped Milton Friedman. The same could be said of teachers with tenure. Last year, just two – that’s right, two – teachers in California were dismissed because of performance issues, according to Parent Revolution’s Ben Austin. While it’s likely only a small minority of teachers is grossly ineffective, tenure protects those who are and prevents school leaders from making personnel decisions that are in the best interests of students.

That issue was at the heart of the June ruling in Vergara v. State of California, a decision which ultimately held that policies like tenure create barriers to equal education options for disadvantaged children.In Vergara, Judge Rolf M. Treu struck down five state laws governing school personnel decisions, including hiring and dismissal. Grossly ineffective teachers, Treu noted, have a “real and appreciable” impact on children. Disadvantaged students attending low-income schools are far more likely to find themselves in a classroom with an ineffective teacher than children from more affluent families.

Empowering school leaders to make personnel decisions can help ensure students have access to quality teachers – something that could pay off significantly, not only for the student but also for U.S. economic and educational standing. Stanford University economist Eric Hanushek found that replacing the lowest-performing five to eight percent of teachers with an average teacher would enable American students to catch up with students in higher-performing nations. Harvard economist Raj Chetty, along with colleagues at Harvard and Columbia, found that replacing an underperforming teacher with a teacher of average performance would increase the lifetime earnings of students in the average classroom by about $250,000.

It is difficult to encourage excellence in teaching when tenure is awarded in many cases after just three years of service, and step increases in pay are based on time worked, not the quality of instruction. Compounding the problem, “last-in-first-out” policies dictate that, in the event of staffing reductions, seniority, not performance, determines who receives pink slips.

The teaching profession is also constrained by union-supported policies that mandate aspiring teachers obtain paper credentials, often at a substantial cost. Requiring several years of certification work can be a significant deterrent for certain individuals, such as mid-career professionals who want to change jobs or an engineer who would like to teach later in life.

Once a teacher has obtained that paper credential and enters the classroom, policies like tenure effectively end that teacher’s evaluation process. This is exactly the opposite of how the teaching profession should manage personnel. Paper credentials are a poor indicator of future teacher performance. “The current system, which focuses on credentials at the time of hire and grants tenure as a matter of course, is at odds with decades of evidence on teacher effectiveness,” argue economists Douglas O. Staiger and Jonah E. Rockoff in the Journal of Economic Perspectives.

How can we ensure excellent teachers find their way to the classroom and are encouraged to stay? By making it easy to enter the profession, but rigorously evaluating teachers once they’re in the there.

States and local school districts should eliminate inflexible tenure policies that keep ineffective teachers in the classroom. Additionally, states and school districts should remove many of the barriers to entering the classroom – namely, requirements for certification – but should demand excellent performance of teachers in the classroom (measured in part by student growth on assessments). If performance is found to be lacking, principals should have the autonomy to consider whether that teacher is a good fit for their school.