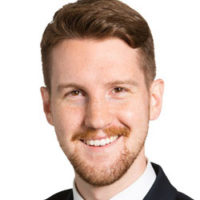 Prime Minister Shinzo Abe of Japan has finally released details of the long-awaited third arrow in his economic reform commonly known as “Abenomics.” As with each of the first two arrows, there is debate as to whether the third arrow, also known as the Japan Revitalization Strategy, will be enough to jumpstart Japan’s economy and whether all the proposed plans will be fully executed.

With arrows one and two addressing monetary and fiscal policies, the third arrow of Abenomics is designed to address structural reforms, such as increasing female workforce participation, reforming immigration laws, lowering the corporate tax rate, and participating in the omnibus Trans-Pacific Partnership, to name a few. Japan ranks 25th in the 2014 Index of Economic Freedom.

Japan is currently in a demographic predicament. On the one hand, increasing female workforce participation would increase the growth rate of the workforce, which will soon start shrinking. On the other hand, Japan is one of the fastest-aging societies in the world and this will eventually place enormous financial pressure on its pension system. The government has increased care-related spending by a third, but there is skepticism about whether this will work. A better long-term solution to Japan’s demographic time bomb is to bring in foreign workers in large numbers. (Japan’s unemployment rate has been historically low.) Regrettably, a proposal to open the door to 200,000 immigrants a year has already been shot down. Easing the process of hiring foreign housekeepers is one potential program being introduced in the third arrow, but this plan will only be attempted in Japan’s special economic zones.

In the six special economic zones, or tokku as they’re known in Japan, firms will have the power to take steps that have been too controversial for the country as a whole, such as hiring and firing workers more easy. In total, an area producing nearly two-fifths of Japan’s gross domestic product will fall inside the six zones. It is hoped that the zones will later be extended throughout the entire country, but speculation continues as to whether or not these zones will be utilized to their full potential.

All three arrows have more or less been aimed at restoring the “challenging spirit” of citizens and corporations to spend, invest, and innovate more. The proposed plans seek to encourage corporations with excessive wealth and savings to start spending more. This means eliminating barriers to new business launches and mergers. It also means reducing the corporate tax rate—Japan has one of the highest in the world—to an “internationally comparable” level. This is in line with the Abe administration’s plan to keep businesses from moving abroad, yet at the same time encouraging businesses to invest in regional communities rather than big cities like Tokyo.

Another plan introduced in the third arrow is to incentivize companies to create a system that evaluates employee performance based on productivity instead of the amount of time they spend in the office.

Despite the first two arrows of Abenomics, the execution and success of the third arrow has always been crucial to Prime Minister Abe’s plans for getting Japan’s economy growing again. It will also be the hardest on Abe’s political career, despite his strong approval rating. Unlike the failed Keynesian quick-fix fiscal largess and easy monetary policies of arrows one and two, passing long-term reform will likely be a protracted fight. The initiatives that could have major impact, such as lowering the corporate income tax, restarting nuclear plants, and drastically scaling back agricultural protectionism, face strong public and political opposition. Over two decades of economic malaise (Japan’s annual growth has only exceeded 2 percent in five of the past 23 years.) Japan has consistently failed to enact the necessary structural reforms.

Nevertheless, Prime Minister Abe should be praised for his efforts to resuscitate Japan’s economy. But if Abe truly wishes his reform to succeed he’ll have to conjure his own “challenging spirit” and dig in for a long fight in order to have the right reforms passed—even if it means taking a dip in the polls.