Ex-Im and the Tour de Fraud 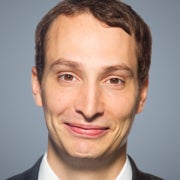 One of the Export-Import Bank’s largest investment partners, BNP Paribas SA, pleaded guilty on Monday to violating U.S. sanctions against Sudan, Iran and Cuba. This was the second report of criminal activity involving parties to the bank in the past week.

As reported by the Wall Street Journal, officials of BNP Paribas, a French bank with operations in the United States, surreptitiously moved more than $190 billion to the U.S. from the three countries in violation of the International Emergency Economic Powers Act. In a settlement with the federal government, the bank has agreed to plead guilty to a charge of conspiring to violate the act and to pay a fine of nearly $9 billion—the largest ever levied for a bank’s violation of economic sanctions.

The Export-Import Bank and BNP Paribas have engaged in 55 transactions between 2007 and 2013, which involved nearly $3 billion in loans and loan guarantees. Most recently, the Ex-Im board of directors approved a $12 million loan guarantee for the bank to finance the purchase of Caterpillar products for a Ukraine mining operation.

Last week, the Journal revealed that four Ex-Im employees had been removed in recent months amid allegations of kickbacks and other corruption. Based on a review of government documents, The Heritage Foundation determined that dozens of other cases of wrongdoing involving Ex-Im beneficiaries were under investigation by the Office of Inspector General as of Mar. 31, and 47 criminal judgments and 42 pleas were obtained in the preceding six months.

There is no reported link between Ex-Im and the revelations of misconduct by BNP Paribas. But fraud and corruption are among a long list of operational problems at the bank, which is a conduit for corporate welfare and beset by mismanagement, inefficiency and risk. In a 2013 report to Congress, the OIG characterized Ex-Im as exhibiting “weaknesses in governance and internal controls for business operations.”

The reports of criminal actions by Ex-Im employees and the BNP Paribas Bank come at a particularly vulnerable time for the government agency, which is facing opposition in Congress over reauthorization. Ex-Im’s charter will expire on Sept. 30, and key House leaders oppose it, including newly elected Majority Leader Kevin McCarthy, R-Calif., and Texas Republican Rep. Jeb Hensarling, chairman of the Financial Services Committee.