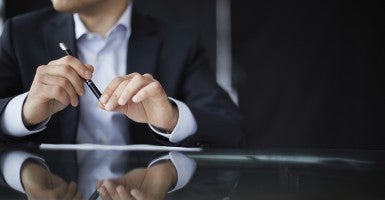 Manufacturers are worried about how Affordable Care Act regulations will affect their costs, according to a recent survey by the tax and consulting firm McGladrey Inc.

More than two-thirds of executives surveyed believe government regulation will stunt their companies’ future growth. The Affordable Care Act garnered the most blame and was cited by 69 percent as a concern. State regulations concerned 52 percent and 50 percent feared increased Environmental Protection Agency rules.

Diane Katz, a senior research fellow at The Heritage Foundation’s Institute for Economic Freedom, found industry leader’s responses unsurprising. She billed the healthcare law and additional regulation as “forms of taxation that reduces investment in innovation and job creation.”

According to Katz, the cost of the White House’s policy initiatives has come at the expense of industry. “The Obama administration’s exploitation of regulation to achieve its policy agenda,” Katz explained “has resulted in 157 new major rules in the past five years, at a cost to Americans approaching $73 billion annually.”

A majority of executives, 60 percent, cited direct taxes as an impediment to growth.

The 2014 Manufacturing & Distribution Monitor, the most recent edition of McGladrey’s annual survey, draws from the opinions of more than a thousand manufacturing and distribution national executives.