Hiking the Federal Gas Tax Is a Mistake. Here’s Why. 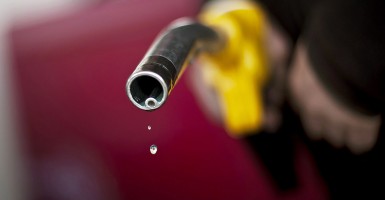 Much clamoring for more federal transportation spending, and fuel tax hikes to pay for it, has come out of Washington recently. The Highway Trust Fund faces a $15 billion gap in 2015 between projected spending and the money it will collect in fuel taxes and fees.

Trouble is, our Washington-centric approach isn’t solving our traffic and mobility issues. It’s getting us nowhere but stuck in traffic — in some cities, for the equivalent of a full work week or more each year.

Instead, Washington diverts more than 25% of that money to subways, streetcars, buses, bicycle and nature paths, and landscaping, at the expense of road and bridge projects.

The beneficiaries of these local activities take from, but do not contribute to, the Highway Trust Fund. Better for New York and New Jersey to fund their subways, Oregon its bike paths and Maryland its trails.

Funds reserved for road and bridge projects go through the regulatory wringer. The flawed Davis-Bacon Act hikes federally funded construction projects by 10%. The average federally mandated environmental review for a highway project takes more than eight years, according to the non-partisan group Common Good. Translation: States get less for their money.

Washington is an unnecessary middleman in transportation. Instead of raising taxes, it should repeal oppressive regulations and remove barriers to let states fund their infrastructure. Better yet, it should hand over transportation funding decisions to the states.

Remember, only inside Washington — the same Washington that spawned a “Bridge to Nowhere” and a $17.5 trillion debt — is this a radical idea. But Americans know better, and they don’t have time to waste.