The Iraq Meltdown: What Next? 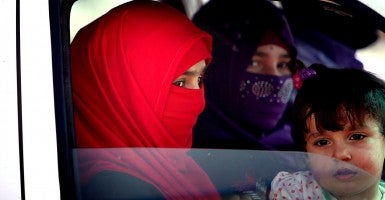 The swift collapse of Iraqi security forces in northern Iraq in the face of an al-Qaeda-spearheaded Sunni insurgency is a disastrous setback for U.S. counterterrorism and Middle East policies that will have dangerous regional spillover effects.

The Islamic State of Iraq and Syria (ISIS), formerly known as Al-Qaeda in Iraq, routed demoralized security forces in Mosul on Tuesday, and is advancing on Baghdad, where it probably hopes to link up with its cells that have conducted an intensifying car-bomb campaign in recent months.

Fast-moving columns of ISIS fighters reportedly have penetrated as far as the outskirts of Samarra, roughly seventy miles north of Baghdad. They may pose a threat to the Shia shrine in Samarra, which Al-Qaeda in Iraq bombed in 2006 in a previous effort to incite civil war.

ISIS has been immensely strengthened by the war booty it has seized, including tanks, artillery, munitions depots and helicopters, which it already has put in the air. It also has freed Sunni militants from at least five prisons to join its ranks and looted an unknown number of banks, including an estimated $429 million dollars worth of Iraqi dinars from the Mosul central bank.

ISIS also will exploit the oil infrastructure that it has captured in Iraq, just as it has exploited Syrian oil facilities to boost its revenues. Even if it is expelled from oil-producing areas, the resulting destruction of pipelines and other infrastructure is likely to boost world oil prices.

ISIS has now greatly expanded its control over a wide swathe of western Iraq and eastern Syria, which it can use as a launching pad for operations in the heart of the Arab world and beyond. It is likely to attract a growing stream of foreign militants, including some from Europe and the United States who could pose a terrorist threat when they return home. ISIS’s top leader threatened to strike the “heart” of America in 2012 and al-Qaeda reportedly has tried to recruit Americans in Syria.

The ISIS offensive also has been supported by other Sunni resistance groups, Sunni tribal elements and the Baathist remnants of Saddam Hussein’s regime, particularly around Hussein’s hometown of Tikrit, which do not share the al-Qaeda offshoot’s ultra-extremist ideology but see a common enemy in Iraq’s Shia-dominated government.

ISIS is likely to overreach as it advances farther south and be confronted by elite army units near Baghdad and Shia militias that will not melt away, unlike the regime’s outgunned police and demoralized army units in the north. But it has succeeded in catalyzing a sectarian civil war that will tear Iraq apart.

Kurdish military forces seized the oil-rich northern city of Kirkuk, after government security forces abandoned their positions. The autonomous Kurdistan Regional Government’s battle-hardened peshmerga fighters could pose a formidable counterforce to ISIS, if long-simmering tensions between the KRG and Baghdad can be resolved quickly. Otherwise, the Kurds are likely to exploit the chaos to carve out an independent state in northern Iraq.

Iraqi prime minister Nouri al-Maliki, whose heavy-handed tactics in maximizing his own power and marginalizing moderate leaders of Iraq’s Sunni Arab minority helped to create the current crisis, may lose power. Even if he is able to cobble together a new ruling coalition, he will become more dependent on Iran and Shia militias that are now mobilizing to defend Shia-majority regions in central and southern Iraq.

Even if the ISIS offensive is blunted, it is likely to precipitate the de facto partition of Iraq into an al-Qaeda dominated rump state in northwestern Iraq, an Iranian-dominated Shiastan in the south and an increasingly independent Kurdistan in the north.

Iraq’s intensifying civil war also will trigger greater intervention by external powers that are likely to turn Iraq into a cockpit for proxy battles. Iran already has reportedly deployed at least three battalions of the Quds Force, the elite commando unit of the Revolutionary Guards to stem the ISIS offensive.

Saudi Arabia and other Arab gulf states are likely to escalate their support for Sunni Iraqi groups battling the Shia-dominated government in Baghdad.

Turkey may get drawn in to the fighting, particularly if ISIS harms the Turkish hostages that it seized, including diplomats at the Turkish consulate in Mosul.

The Obama Administration has taken action to evacuate American citizens from Iraq and assured the Iraqi government of U.S. support. But it has yet to announce what it will do to address the deteriorating situation, beyond ruling out the deployment of U.S. ground troops.

One anonymous official repeated assurances that the administration would support the Iraqi military, but added: “At the same time, we are not going to do anything stupid.”