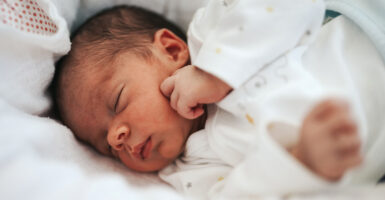 Americans are overwhelmingly opposed to crimes against pro-life pregnancy centers and places of worship, surveys conducted by the Becket Fund for Religious Liberty found.

The 2022 Religious Freedom Index results show that 94% of those surveyed oppose using violence against churches or places of worship and 92% oppose using violence against the pro-life pregnancy centers. Additionally, 93% of those surveyed oppose protesters harassing worshippers attending church, and 91% oppose such activities at pregnancy resource centers.

According to Catholic Vote trackers, at least 86 Catholic churches and 74 pregnancy resource centers and other pro-life organizations have been attacked since the May leak of the draft Supreme Court opinion overturning Roe v. Wade.

Notably, only 37% of the Becket Fund’s respondents had heard or read about these attacks, perhaps because of minimal media coverage of the attacks. And without acknowledging the violence or attacks, Democratic lawmakers continue to strongly condemn the pregnancy centers for offering alternatives to abortion.

The Justice Department has faced intense criticism for failing to prosecute those who vandalized, attacked, or firebombed these pregnancy centers and churches.

The Daily Signal has repeatedly asked the Justice Department to specify the number of pro-abortion attacks on pro-life groups or churches that it intends to prosecute under the Freedom of Access to Clinic Entrances Act. The DOJ has refused to divulge this information, though it has charged 26 pro-life individuals with FACE Act violations since the beginning of the year.

The FACE Act has typically been used to prosecute those accused of attacking abortion clinics, but its language also protects pro-life organizations under the term “reproductive health services.”