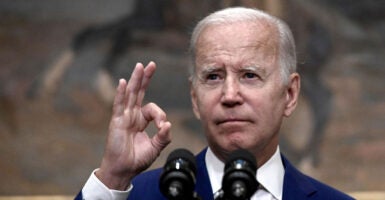 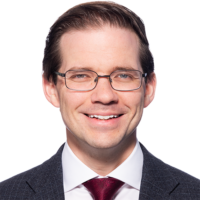 The Honorable Paul J. Ray is director of the Thomas A. Roe Institute for Economic Policy Studies at The Heritage Foundation.

In January, the United States will enter another period of divided government. If past is prologue, we will see an even more aggressive executive branch, deploying its agencies in “whole of government” strategies that render the people’s representatives in Congress irrelevant.

While many are rightly focused on the regulations that agencies will roll out, it’s important also to keep in mind the other ways agencies exercise power. For instance, agencies enforce the laws they administer, and they also adjudicate offenses under those same laws.

Many Americans are surprised to discover that agencies can both enforce and adjudicate administrative violations. And under governing Supreme Court case law, agencies can also develop new regulatory standards through adjudication. This means that American citizens can find themselves liable for conduct that the agency didn’t prohibit until after they acted. (President Donald Trump issued Executive Order 13892 to bar agencies from imposing liability for conduct not clearly unlawful at the time, but President Joe Biden rescinded that order.)

That should concern anyone who cares about the rule of law, for it allows agencies to target people and then make the crime fit the punishment, adapting the law to prohibit whatever they discover those people have done. It also allows agencies to use enforcement and adjudication to develop policy rather than to do justice.

One important safeguard against this abuse is the division between enforcement and adjudication personnel at agencies. Thankfully, the same staff typically cannot both enforce the law against someone and also decide whether he or she has violated it.

But the rule is different for agency heads, who often have the final say both about whether to enforce the law against someone and whether to impose administrative penalties. That is like the county prosecutor presenting the case for conviction and then climbing into the jury box.

To be sure, when sitting as adjudicators, agency heads are supposed to reexamine the evidence rather than rubber-stamp their own previous decision to enforce. But that would be cold comfort in a courtroom, and it is not much better before an agency.

The Federal Trade Commission has given particularly strong cause for concern. The FTC has voted to impose penalties in every case to reach it in the last 25 years. That is true even when the commission’s own administrative law judges have come out the other way.

If any judge found for the prosecution in every case for two and a half decades, we would reasonably suspect improper bias. And we would do more than suspect if the judge also was the prosecution. With a record like the FTC’s, it is very difficult to believe Americans are getting fair play before it.

Congress should take action. After all, the basic requirement of a neutral adjudicator is no partisan project; it is the very core of the American notion of due process. The FTC has shown it cannot be trusted to both enforce the law and adjudicate violations. Congress should deprive it of one of those powers or take other action to restore the integrity of the commission’s enforcement and adjudication process.

The FTC may well be the worst offender, but the potential for abuse is inherent when there is the unification of the executive and judicial functions of government. Congress should therefore take the occasion to examine the topic of administrative enforcement and adjudication across the board.

Yet Congress has not done so in a serious way since it enacted the Administrative Procedure Act in 1946. The unitary model did not make sense back then, but in any event, experience has now confirmed what America’s Founders knew and what most Americans have known all along: a fair process demands the separation of enforcement from adjudication.