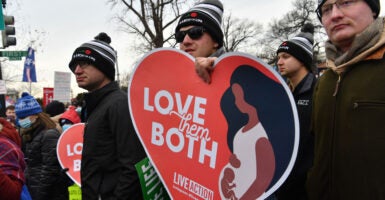 When states are red, but cities are blue, abortion battles begin anew.

Fearful that the Supreme Court will overturn Roe v. Wade and send abortion policy back to the states, some pro-abortion officials in some progressive cities are preparing to draw it down to the local level.

For instance, Austin, Texas, City Council member Chito Vela has proposed the Guarding the Right to Abortion Care for Everyone Act (spelling out the acronym “GRACE,” a cute title for a resolution that will cause unborn babies to die).

Vela’s resolution would be introduced only if the Supreme Court overturns Roe v. Wade, writes Texas Right to Life. If passed, it would “block the use of city staff and money from investigating or reporting illegal abortions and direct the Austin Police Department to set enforcement of Pro-Life laws as its lowest priority.”

The phrase “lowest priority” illustrates the slippery way pro-abortion officials are trying to have the issue both ways. To defend their policies to the general public or in any legal fight, they will claim to simply be prioritizing more urgent police matters.

Orleans Parish District Attorney Jason Rogers Williams in New Orleans wrote that he “will not shift the priority from tackling shootings, rapes, and carjackings to investigating the choices women make with regard to their own bodies.” (While common, his description of abortion is inaccurate because abortion ends the life of an unborn child, who is an entirely separate and distinct person from his or her mother.)

But progressive officials expose their real motives when virtue signaling to their own base, by claiming that they are defending abortion or declaring themselves a “sanctuary city” for abortion.

In reality, many cities have seen violent crime rise as ideologically progressive prosecutors decline to bring charges, discouraging police and emboldening criminals. For instance, since Williams assumed office, “the Orleans Parish District Attorney’s Office has refused or dismissed 937 violent felony cases since January of 2021,” according to a report by the nonprofit Metropolitan Crime Commission in October.

For those same progressive officials to argue against enforcing pro-life laws based on the crime their leniency has caused is disingenuous.

They join more than 60 elected officials at the state and local levels who in October 2020 signed a letter organized by the progressive advocacy group Fair and Just Prosecution that said they would not prosecute abortion “even if the protections of Roe v. Wade were eroded or overturned.”

Pro-abortion city officials are setting up an interesting “state versus local” legal showdown if Roe v. Wade is indeed overturned. Unlike a “state versus federal” showdown, only states have sovereignty, while local governments derive their existence from the state. Local ordinances protecting abortion cannot override state laws prohibiting it, but it may be impossible, as a practical matter, for states to enforce these laws in cities where local governments and police departments are not cooperating.

States will likely threaten to pull funding from local projects. Additionally, if such petulant behavior is tolerated, it may inspire right-leaning areas of blue states to react in the opposite way by declaring themselves sanctuary cities for the unborn. The political landscape is too complex to predict with clarity which side will gain the upper hand.

What is clear is that pro-abortion forces are committed to preserving their holy grail even if Roe v. Wade is overturned. They will fight for the right to kill the unborn in Congress, in state legislatures, and even down to local city ordinances and district attorney prosecutorial discretion.

It would be a shame if the pro-life movement, which worked so hard for decades to overturn Roe, suddenly gave up when it finally had an opportunity to protect unborn children. Vigilance is needed against this lawlessness, now more than ever.

The other obvious takeaway is that local elections will matter more after Roe than they have for decades.

If an elected official like a district attorney or city council member has the power to functionally determine whether abortion is forbidden or permitted in your city or county, then it’s your duty to know what your elected officials really stand for and vote according to your values. This will make the pro-life movement’s impact on life more tangible and more localized. Every member of the team will be needed on the field. No exceptions.