11 People and Outlets Censored by Twitter for Questioning Gender Ideology 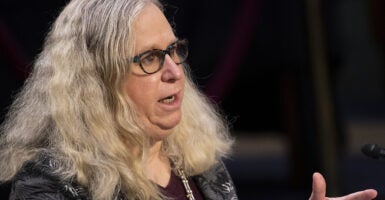 Twitter is all too happy to support the mob in its quest for domination. Here is a list of 11 individuals and outlets censored by Twitter for questioning gender ideology.

Seth Dillon, CEO of The Babylon Bee, tweeted Sunday that Twitter had locked the satirical website’s account over a story with this headline: “The Babylon Bee’s Man of the Year Is Rachel Levine.”

The outlet decided to appeal, but as of Monday was told the appeal was under review.

Texas Attorney General Ken Paxton responded to an article in USA Today lauding Levine as one of its “Women of the Year” by simply tweeting Thursday: “Rachel Levine is a man.”

Paxton fired back Friday by releasing an official statement on his Twitter account, claiming that Twitter was censoring him and other conservative voices for stating “an irrefutable scientific fact.” Twitter slapped the same warning label on that tweet and also prevented users from interacting with it.

Murphy previously received temporary suspensions in 2018 for tweeting remarks such as “Men aren’t women” and “How are transwomen not men?