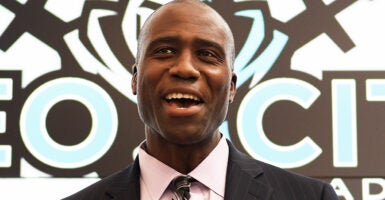 Florida Surgeon General Joseph Ladapo is drawing national attention after announcing Monday that his state will officially recommend that health officials not give COVID-19 vaccinations to healthy children.

White House press secretary Jen Psaki responded by criticizing Ladapo for going against Food and Drug Administration and Centers for Disease Control and Prevention guidance, saying: “It’s deeply disturbing that there are politicians peddling conspiracy theories out there and casting doubt on vaccinations when it is our best tool against the virus and best tool to prevent even teenagers from being hospitalized.”

Ladapo, a physician and secretary of the Florida Department of Health, said that Florida would become the first state in the country to make such a recommendation against the COVID-19 mandates for children set by the Centers for Disease Control and Prevention.

In addition to his vaccination guidance, Ladapo has stirred controversy for his stance on masks.

“These things are not saving lives,” the Florida surgeon general told reporters, holding a mask at a March 3 press conference.

“No high quality data says [masks] saved any lives,” Ladapo said. “And it’s a lie, and it needs to stop, and people need to unbelieve it.”

Here are nine things to know about Ladapo.