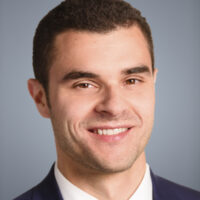 Christian Mysliwiec is the commentary editor of The Daily Signal.

The Daily Signal spoke with Melanie Israel, a policy analyst at The Heritage Foundation’s Devos Center, to understand what this process will look like.

The Daily Signal: What is the road map for the left to codify Roe v. Wade into law?

Any suggestion that the Women’s Health Protection Act simply codifies Roe is misleading and inaccurate. The bill would effectively repeal existing state laws, expressly prohibit future laws that regulate abortion and the abortion industry, and place at risk long-standing federal policies that reflect more than 40 years of bipartisan consensus.

The Daily Signal: How soon could this happen?

Israel: This bill already passed the House of Representatives this fall. On day of Dobbs oral arguments, Sen. Richard Blumenthal, D-Conn., the lead sponsor of the bill in the Senate, called for a vote on the Women’s Health Protection Act.

That same day, knowing that the bill did not have the support of 60 members of the Senate (the number of votes required to overcome a filibuster), Sen. Ed Markey, D-Mass., invoked the Women’s Health Protection Act as the latest reason Democratic senators have used urging the Senate to abolish the filibuster so the legislation could pass by a simple majority vote.

The Daily Signal: Why hasn’t Congress done this before?

Israel: In order to become law, both the House and Senate must pass such a bill, and the president has to sign it into law, and pro-abortion-on-demand legislators have not had the votes or the support of the American people to get to that point.

The Daily Signal: If the Supreme Court overturns Roe v. Wade in Dobbs v. Jackson, how would this change the left’s attempt to impose a federal abortion law?

Israel: The left is already attempting to consolidate their radical approach to abortion, including efforts to remove decades-worth of policies that had bipartisan support that disentangles taxpayer funding from the abortion industry.

Pro-abortion legislators have a majority in the House, the Senate is evenly split between Republicans and Democrats (with Vice President Kamala Harris acting as a tiebreaker as needed), and President Joe Biden is committed to supporting pro-abortion policies.

The abortion policy landscape is more dynamic than ever, and the left will continue pushing for a more radical abortion agenda through Congress as well as the administrative state (for example, regulatory changes to make chemical abortion pills more widely available).

The Daily Signal: What can we expect to see from the pro-life movement if the Supreme Court overturns Roe v. Wade?

Israel: Right now, the United States is one of only seven countries in the world that allows abortion after 20 weeks (50 months gestation), alongside human rights violators like China and North Korea. Overturning Roe v. Wade is critical in order to more fully protect life and address outdated and extreme abortion policy.

But it’s also the beginning of a new phase of creating a culture of life. In a post-Roe world, states would be able to enact additional life-affirming policies that protect unborn children.

Moreover, pregnancy resource centers—which in 2019 served nearly 2 million people and provided $266 million worth of services and assistance—and civil society will continue to step up to assist women and families navigating pregnancy and parenthood in challenging circumstances.