IRS Oversteps Its Boundaries With Lazy and Destructive Proposal 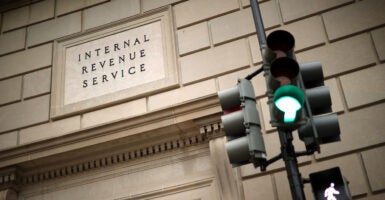 The Biden administration wants to expand the IRS’ power so that every single financial account with more than $600 worth of inflow or outflow in a given year has to be reported. (Photo: Chip Somodevilla/Getty Images) 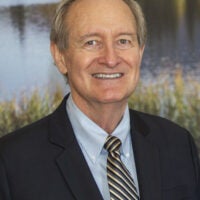 “Americans are starting to be worried about this. Do you think that this pay-for of giving the IRS more money to crack down on unpaid taxes is going to stay in the reconciliation bill?”

No, the IRS should not be given any tools to snoop around a law-abiding taxpayer’s sensitive, non-tax financial information. Every American should be wary of giving the IRS more power or allowing it more tentacles into private financial transactions.

This proposal would be a massive invasion of privacy, and one of the biggest expansions of the agency’s authority we’ve ever seen—an agency that has failed miserably at safeguarding the information it already has. Americans are rightly outraged.

Democrats have proposed drastically expanding the powers of the IRS by making banks, credit unions, Venmo, PayPal, credit card companies, and everyone who handles financial transactions report account inflows or outflows above certain thresholds to the IRS.

The Biden administration’s original proposal would require every single financial account with more than $600 worth of inflow or outflow in a given year to be reported to the IRS. Since the original proposal was released, there has been discussion of raising the reporting threshold to $10,000. This is still terrible.

How many people do not have at least $10,000 worth of inflows or outflows in their account over a year? To put it in perspective, let’s consider some data from the U.S. Bureau of Labor Statistics: The average taxpayer in America spends about $63,000 a year.

For a grand total of the average American running $63,036 through their accounts in a year.  So does raising the total to $10,000 really stop the IRS from accessing very many accounts?  No.

The Treasury Department has already proven it cannot even keep the data it has safe. It has also shown it will not avoid using the data it has for political purposes or weaponizing the data it collects to punish or try to diminish the influence of people with different political points of view. We cannot trust it to take better care of the expanded data it now wants to collect.

We cannot allow this to become law. I introduced the Tax Gap Reform and IRS Enforcement Act to place important guardrails around IRS funding to protect taxpayer rights and privacy.

I joined Republican colleagues in introducing legislation to stop proposals like this in their tracks entirely.

As ranking member of the Senate Finance Committee, I have spoken about concerns with the financial dragnet on the Senate Floor to raise awareness about the need to stop the proposal.

I joined Idaho leaders, concerned constituents, and business and financial leaders for a roundtable discussion on a proposal. I am also seeking details of Democrats’ reporting proposal so the public can see what exactly they are working to move through Congress.

Making sure tax cheats pay the taxes they owe is important, but law-abiding Americans’ privacy must not be trampled to accomplish that goal. The IRS does not need to have access to the accounts of every American.

It cannot be trusted with this information, and I will continue to fight enabling this broadened authority.  This lazy and destructive proposal must be shelved for good.