A Commonsense Bill That Will Ensure IRS Agents Do Their Jobs 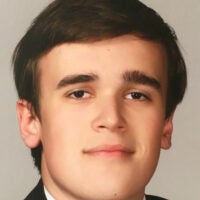 Brian Mandeville is a member of the Young Leaders Program at The Heritage Foundation.

President Joe Biden wants to increase taxes and ramp up tax enforcement, including spending an additional $80 billion to double the number of IRS agents. But taxpayers deserve assurance that current and potentially new IRS agents will perform the jobs they were hired to do, instead of working for their union on taxpayers’ dime.

That’s why Sens. Mike Braun, R-Ind., and John Boozman, R-Ark., introduced the IRS Customer Service Improvement Act to prohibit IRS employees from abandoning their posts during the busy tax-filing season as taxpayers continue to pay their salaries and benefits. This bill is just one of many proposals introduced by Braun and others to improve the integrity and effectiveness of the IRS.

This notion that someone could not show up to their job and work for a separate, self-interested entity while collecting a paycheck for the work they did not do is an anathema to most Americans. For public sector employees, it’s simply “official time.”

Originally created within the 1978 Civil Service Reform Act, “official time” is a process in which public sector employees are “released” from their official duties—the equivalent of receiving paid leave—so that they can work for their unions.

The activities they do include negotiating collective bargaining agreements; filing and litigating superfluous grievance complaints; participating in labor-management discussions; and lobbying Congress.

No one else fills in for these workers as they continue to receive pay and benefits.

That means that while taxpayers pay these workers’ salaries, nurses and doctors at the Veterans Affairs are not treating veterans, employees at the Social Security Administration are not helping process benefit applications for individuals with disabilities and retirees, and IRS agents are not promptly processing tax returns.

There is nothing wrong with private sector workers freely choosing to belong to unions and to pay the fees to support those unions’ activities, but that is not what is happening here.

President Franklin D. Roosevelt warned of the “insurmountable limitations” of public sector unionization because, in his words, he said, “The employer is the whole people [of the United States].”

He would likely have been appalled that in addition to the American people having no effective seat at the table in federal employee negotiations, they’re now also forced to pay federal workers to negotiate against them.

The numbers behind official time are staggering. In fiscal year 2019, the total amount of taxpayer-funded union time was 2.6 million hours, or the equivalent of more than 1,250 full-time workers.

Even without adequate accounting of the costs (for example, unions receive free access to federal office space and resources), taxpayers foot the bill for almost $135 million annually of time that federal employees spend working on union activities rather than their actual jobs. Due to Trump-era executive orders limiting official time, This number is a significant decline from a $177 million price tag for official time in 2016.

Before taxpayers are forced to spend another dime employing IRS agents, they should be assured that IRS agents are actually doing their jobs, instead of being paid to work for their unions.

Ensuring that IRS employees spend tax-filing season doing their jobs rather than working for their union is a commonsense step in the right direction.

Official time should end, and so long as public sector unions exist, they should be financed exclusively by the employees they serve instead of the taxpayers against whom they negotiate.