This Is the Fundamental Advantage That China Lacks 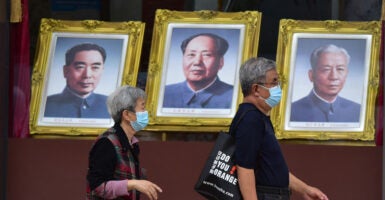 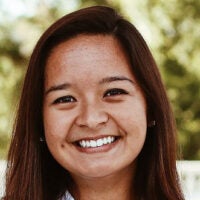 The China challenge looms large and shows no sign of stopping.

Put simply, China is working aggressively to spread its influence and promote its interests throughout the globe, exploiting nations and flouting individual rights and sovereignty as it does so. And it’s doing a pretty good job.

China invests huge amounts of capital into developing countries, with overseas investment and construction exceeding $2 trillion since 2005. Many of these projects fail to meet international standards and use illegal funds, according to The Heritage Foundation’s 2021 China Transparency Report. (The Daily Signal is the news and commentary platform of The Heritage Foundation.)

China uses these investments to influence voting at the United Nations. One William and Mary AidData research study found that “if African countries voted with China in the U.N. General Assembly an extra 10% of the time, they would get an 86% bump in official development assistance on average.”

Moreover, China has overtaken the U.S., European Union, and Japan to become the biggest trading partner of most of the world’s countries.

The U.S. is actively taking steps to respond to China, such as reimbursing U.S. carriers that remove Chinese tech and condemning the Uyghur genocide in Xinjiang.

Despite its seeming successes, China lacks the most important ingredient for a thriving country, what the interim National Security Strategic Guidance calls “our most fundamental advantage”: democracy.

China lacks the basic freedoms that enable society and people to flourish. According to the Index of Economic Freedom, China remains a mostly unfree country with weak property rights and a protectionist financial system. New reports appear regularly about government interference stifling human expression in China. For example, just this month, the government tightened control over the education sector, barring education firms from making profits.

When it comes to human rights, the China Transparency Report scores transparency from the Chinese government at an abysmal one out of 10. This rating is unsurprising given the government’s internet censorship and lack of free speech, not to mention its consistent denial of Uyghur genocide and forced organ-harvesting from peaceful Falun Gong members.

It is time to hold China accountable for such abuses. It is vital, however, that the U.S. and other Western nations not fall into the trap of countering the growth of Chinese influence by replicating authoritarian Chinese actions. It is the responsibility of democracies to work together to expose the corruption and authoritativeness of the Chinese Communist Party while emphasizing and staying true to their own values of democracy, respect for human rights, and economic freedom.

China isn’t invincible. Its regime lacks freedoms that people inherently desire. It is imperative that the U.S. makes it clear to other countries that cooperating with China means cooperating with a “regime that systematically violates the human rights of its citizens.”

Because of the size of its population, it is inevitable that China will be an important player on the international stage. The degree of its power and influence, however, will depend on the reactions of others to its methods and their willingness to push back against abuses. The U.S., and its democratic allies, possess the values and freedom that can make all the difference.

So let’s move forward with hope in democracy, in the spirit of former Vice President Mike Pence’s words during his B.C. Lee Lecture at Heritage in July:

As we go forward, let’s pursue a future of peace and prosperity with resolve and faith. Faith in our ideals and America’s place in the world as a beacon of hope for all mankind. Faith in the enduring friendship and ties between our people and the Chinese people.

And faith that Heaven sees the future—and that by God’s grace, it will be a future in which America and China move beyond our present differences and forge a new relationship grounded in fairness and respect … where we can proudly stand together, as partners and friends. That is our hope, that must be our resolve.