US Should Do More to Counter Chinese Trade Inroads in Africa 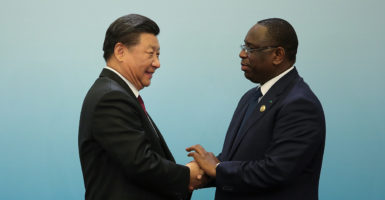 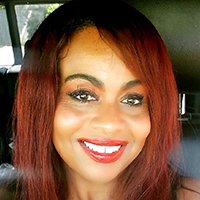 Yvonne Renee Davis is a foreign policy contributor for The Daily Signal. During the George W. Bush administration, she served as a contractor for the State Department and a speaker for the Speaker's Bureau.

China is well-known to be America’s largest trading partner—and now, a continued adversary in the trade war.

However, more under the radar is China’s growing influence in Africa.

In recent years, China has made key inroads on the African continent with aggressive economic investment, trade, open extraction of energy and mineral resources, and a slow but growing military expansion.

This growing Chinese influence comes at the cost of both African and U.S. interests, generally speaking. It is imperative that the U.S. pay closer attention to this trend and counter it.

China is in full motion as it pursues its Belt Road Initiative—a long-term global strategy released by President Xi Jinping in 2013 for China to become a dominant force in global affairs, largely through regional integration and trade.

That plan includes, among other things, investing billions of dollars to increase global trade and infrastructure in Africa to gain a strong foothold on the continent.

China’s plan presently appears to be quite formidable. China is Africa’s largest trading partner, with $204 billion in annual trade with African countries compared to the U.S.’s $100 billion.

Unfortunately, China’s values are not ones that benefit Africa. China does not value transparency, human rights, and democratic ideals—even though these are the cornerstone of economic development and prosperity.

Late last year, National Security Advisor John Bolton presented a strategy for U.S. engagement with Africa to counter China’s Belt Road Initiative. The U.S. plan, called the Prosper Africa Initiative, is designed to promote prosperity in both Africa and America. It aims to strengthen two-way trade and investment between U.S. and African businesses through a number of means, including regulatory reform in African countries.

The U.S. has already set a strong precedent of commercial engagement with Africa—one that must be emulated again and surpassed.

In 2000, Congress passed and President Bill Clinton signed the African Growth and Opportunity Act to create new economic opportunities between the U.S. and Africa.

Then, in August 2001 during the Bush administration, I joined with a congressional delegation led by former Rep. J.C. Watts Jr., R-Okla., to organize a trade mission to Africa. This gave 20 mid-to-large-sized U.S. businesses and Fortune 500 executives the opportunity to visit five African countries.

Companies such as ExxonMobil and Microsoft engaged in two-way trade and investment talks with eligible and qualifying sub-Saharan African countries. Deals were struck and Memoranda of Understanding were signed. The trip was a genuine success that brought U.S.-African commercial ties closer together.

Under the Bush administration, the relationship between the U.S. and most sub-Saharan African countries continued to grow strong and more stable. To this day, Bush remains the most respected U.S. president in many African countries.

Unfortunately, U.S. investment and trade with sub-Saharan African countries declined overall during the Obama administration. Given the Chinese threat, it is critical that the U.S. re-engage by signing more trade, investment, democracy, and anti-corruption agreements with all member countries to the Africa Growth and Opportunity Act.

The Trump administration is looking to build on Bush’s prior success. The Prosper Africa Initiative is taking important steps to help U.S. companies to jump-start engagement in Africa—for instance, by making financial transactions easier.

In 2018, Trump signed the AGOA and MCA Modernization Act, which allows the Millennium Challenge Corporation (a U.S. aid agency) to make direct investments in foreign countries to reduce poverty and promote trade and economic growth. This will only enhance the development prospects in Africa.

The Prosper Africa Initiative, in concert with the Africa Growth and Opportunity Act and Millennium Challenge Corporation, should consider a 2020 trade and investment mission to Africa with large to small American businesses to unlock greater opportunities to do business in Africa.

The Trump administration can go further. In particular, it ought to more publicly reaffirm its long-term diplomatic engagement with countries like Ethiopia, Rwanda, Cote-D’Ivoire, Ghana, Senegal, Kenya, and others, which represent some of Africa’s fastest growing economies.

This past summer, Commerce Secretary Wilbur Ross appointed 26 members to the President’s Advisory Council on Doing Business in Africa. This council can play a more active role alongside the other groups mentioned in strengthening commercial ties with Africa.

Africa is already making big economic strides. On May 30, the African Union—which includes 54 African nations—created a historic free trade agreement between economies representing $3 trillion in total gross domestic product. This was the largest free trade agreement since the formation of the World Trade Organization in 1995.

Unfortunately, China had a strong hand in the agreement: It played “broker” behind the scenes, using its political influence and trade leverage to gain better control over the continent to forward its Belt Road agenda.

This can become economically oppressive to Africa. Earlier this year, Tanzania rejected what it called an “exploitative” $10 billion port project backed by China that would have given unequal benefits to China. More broadly, East Africa owes China over $30 billion in infrastructure loans.

China has its eye on Africa as a future source of cheap goods. Its economic, military, and political influence only looks to grow on the African continent.