Los Angeles school teacher Glenn Laird has been a union stalwart for almost four decades. He served as a co-chair of his school’s delegation to United Teachers Los Angeles—the second largest teachers union in the country—and proudly wore union purple on the picket line.

But Laird is now suing to leave United Teachers Los Angeles and demanding a refund of the dues the union has collected since his resignation request. His turning point came in July 2020 when the union joined liberal activists to demand that LA defund the police in response to Black Lives Matter demonstrations.

Laird, who is white, was floored. The union seemed to have forgotten why schools hired more safety officers in the 1980s and 1990s when LA was one of America’s most violent cities. While safety is Laird’s specific concern, he is also concerned about his union’s increasing embrace of so-called social justice issues.

“I would much prefer a union focused completely on wages, hours, working conditions,” he said. “When the union goes into political activist mode, I think it dilutes the practice of what a union is supposed to be doing.”

Laird is not alone. He is among union rank-and-file nationwide chafing at their leadership’s embrace of woke politics as a means of reversing declining membership and maintaining influence in the Democratic Party—dissent shown in many defections to former President Donald Trump in the last two elections as well as high-profile recent organizing defeats and court setbacks.

Significant as the pushback is, it does not seem to faze Richard Trumka, president of the AFL-CIO, the nation’s largest union federation, of which the LA teachers’ group is an affiliate.

A week before the teachers union president called for defunding the police, Trumka issued a statement declaring, “The AFL-CIO must fight for trans lives inside and outside the labor movement.”

As he tried to connect the West Virginia coal mines where he cut his teeth to the 1969 Stonewall riots, a catalyst for gay activism, Trumka asserted, “The labor movement is focused on electing candidates up and down the ballot who understand the intersectionality of worker and LGBTQ rights.”

Trumka’s departure from traditional union rhetoric reflects both labor’s relative weakness and the recognition that its future will depend less on conservative “lunch pail workers” than on progressive professionals in tech and elsewhere for whom values and social justice are key concerns.

Labor historian Leon Fink, author of the forthcoming book “Undoing the Liberal World Order,” said American unions have been on the defensive for the past four decades as their membership fell from 17% of the private sector workforce to 6% in 2020.

“There are some tensions between the generally liberal leadership and certainly strong pockets of rank-and-file conservatism on social issues,” Fink said. “The one place that leadership does exercise some autonomy is in the political sphere.”

Oren Cass, president of the pro-union conservative group American Compass, also links the rise of political activism to plummeting membership. Cass argues the decline of union preeminence in the workforce has led the movement to turn to politics for salvation, in the process becoming “a functioning arm of the Democratic Party.”

“Traditionally, labor’s primary pathway to power was the labor market,” Cass says. “As unions have less and less to do with the economy, they’ve had more and more to do with politics.”

And so they hope to reap rewards for helping deliver President Joe Biden to the White House. He has pledged to become “the most pro-union president in history” and he will make good on the promise if he is able to usher in the PRO Act (for Protecting the Right to Organize), which would effectively overturn right-to-work laws in 27 states that allow workers to opt out of union membership.

The PRO Act would force nearly 3 million dissenters into union ranks. The influx of these workers automatically enrolled spares unions the cost of persuading workers to join.

Unions collected $11.1 billion in dues and fees in 2020, but those revenues could nearly double to $20 billion if the PRO Act—which is facing strong opposition from Republicans—is passed, according to the Institute for the American Worker.

Labor leaders would not be the only beneficiaries. Political spending from labor unions could increase to as much as $3 billion per election cycle, according to the Institute for the American Worker.

But within union ranks, the divisive nature of this strategy was amply illustrated in 2016, when the traditional union man was a driving force behind Trump’s surprise victory, and in 2020, when Trump once again outperformed among self-identified union members, according to exit polls of those who voted on Election Day.

Though 28% of union membership is Republican, according to the estimate of Pennsylvania AFL-CIO President Rick Bloomingdale, Trump won a majority of union voters in Ohio and 50% in the Keystone State.

“Certainly it is a concern that a lot of our members bought into the con,” Bloomingdale says, referring in part to Trump’s opposition to the PRO Act. “It’s always disconcerting when folks go against their own best interests. Why would you vote for somebody who wants to destroy the right to organize?”

While passage of the PRO Act may provide a boon to sagging union membership numbers, Cass says the success may be short-lived if labor remains seen through a strictly partisan lens. 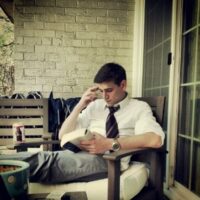 Bill McMorris contributes to RealClearInvestigations. He is a staff writer for The Washington Free Beacon and has contributed to Watchdog.org. He served as managing editor of Old Dominion Watchdog, a part of the Franklin Center for Government and Public Integrity.