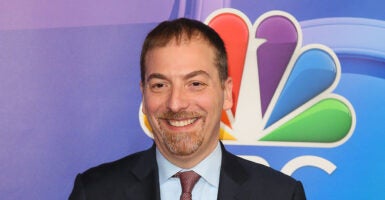 Critical race theory, of course, is not America’s actual history. It is a perverse worldview, unsupportable by the evidence, in which all of America’s key institutions are inextricably rooted in white supremacy; it is an activist campaign demanding the destruction of those institutions. The founders of critical race theory have written as much.

According to critical race theory founders Richard Delgado and Jean Stefancic, critical race theory is founded on two key premises: that “racism is ordinary, not aberrational—‘normal science,’ the usual way society does business, the common, everyday experience of most people of color in this country”; second, that “our system of white-over-color ascendancy serves important purposes, both psychic and material.”

This means, according to Delgado and Stefancic, that “racism is difficult to cure or address” and that a formal commitment to legal equality on the basis of colorblindness is merely a guise for further discrimination. Furthermore, critical race theory founders say that whites are unable to understand racism, and that “minority status … brings with it a presumed competence to speak about race and racism.”

Critical race theory therefore holds that racism is embedded deeply in American life, unconsciously into white American psyches, and that it is impossible for white Americans to understand their own racism or that of the system, let alone to remove it.

The only solution: tearing away the only systems that have ever provided widespread liberty and prosperity. As fellow critical race theory founder Derrick Bell wrote, “The whole liberal worldview of private rights and public sovereignty mediated by the rule of law needed to be exploded.”

Critical race theory isn’t merely a tool of legal analysis, either, as many of its dishonest defenders claim. Delgado and Stefancic are clear:

And yet, if Americans notice this—if Americans lobby school boards to bar indoctrination in the cultish nonsense of critical race theory—these institutional actors tell those Americans that there is nothing to see.

The grassroots pushback against critical race theory is rooted in the best of the American tradition: a rejection of racial essentialism in favor of individualism, an enthusiastic endorsement of agency rather than determinism, a willingness to stand united against tribalism.

We all ought to fight those who have hijacked and weaponized our institutions against all of these traditionally American ideals. Anything less would be an abdication of the trust we have been given—a trust that has resulted in liberty, equality, and prosperity beyond imagining for nearly all of human history.