In the Woke Revolution, Facts Are Irrelevant 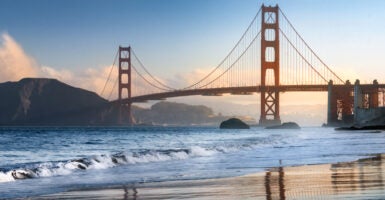 The names of numerous famous Americans, including Abraham Lincoln and George Washington, will be stripped from public schools in San Francisco. (Photo: Sergey Alimov/Getty Images)

Does the truth matter? Not if you’re the woke president of the San Francisco School Board, apparently.

A revealing interview by The New Yorker with the San Francisco School Board president, 30-year-old Gabriela López, gave some insight into the mindset of a public school board that just decided that 44 of its schools needed to be renamed because of their “racist” ties.

She pointed to a ridiculous claim that Lincoln was somehow particularly guilty of killing “Indigenous people.” When pressed about what she personally thought about Lincoln, she said:

But according to the San Francisco School Board, Lincoln didn’t do enough for black lives. His accomplishments just aren’t good enough to earn praise from board members, whose heroic accomplishments include drawing up purge lists and making sure teachers and students can’t get into classrooms.