Foreign Aid Should Go to Those in Need, Not Ruling Elites 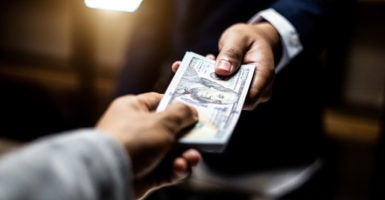 Wealthy elites pocket more than 7.5% of financial aid coming into their economically struggling countries, according to new research from the World Bank.

To reach these disturbing findings, researchers measured the increase in deposits into offshore bank accounts in countries known for high levels of bank secrecy by people in countries receiving disbursements of foreign aid.

They discovered that roughly 7.5% of foreign aid from the World Bank to poor countries is diverted from the intended beneficiaries into offshore bank accounts of wealthy elites and corrupt government officials.

The siphoning of foreign aid into offshore bank accounts was found to increase as the ratio of aid to gross domestic product in recipient countries grew, rising to as much as 15% for the most aid-dependent countries.

Since the World Bank report includes only foreign aid that winds up in offshore bank accounts, it can be considered the lower boundary on the amount of foreign aid that ends up lining the pockets of corrupt officials or elites in aid-dependent countries.

The total does not include aid diverted locally to buy real estate or sports cars, for example.

The Heritage Foundation’s annual Index of Economic Freedom measures corruption in 180 countries around the world. Government Integrity is one of 12 subcategories that are averaged to find economic freedom scores for each country in the index.

The World Bank’s research is a wake-up call to the U.S. and other providers of foreign aid.

They need to do much more to assure the money reaches those who truly need it, not those who already enjoy wealth and privilege.