11 More Examples of How Firearms Save Gun Owners’ Lives, Property 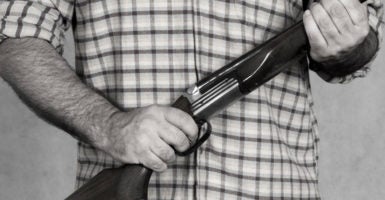 Almost all major studies on defensive gun uses have concluded that Americans use firearms in self-defense between 500,000 and 3 million times every year. (Photo: Getty Images)

At a time when some gun control advocates appear intent on painting lawful gun ownership as a danger to society, and the Second Amendment as little more than an outdated protection of a person’s right to hunt, it’s important to remember the regular role armed citizens play in defending inalienable rights.

As the Centers for Disease Control and Prevention affirmed in a 2013 report, almost all major studies on defensive gun uses have concluded that Americans use firearms in self-defense between 500,000 and 3 million times every year.

The vast majority of them will receive little or no media attention.

Every month this year, we have highlighted just some of the many times law-abiding citizens used their firearms to defend themselves or others. (You can read past articles here: January, February, March, April, May, June, July, August, September, and October). Unsurprisingly, November was also replete with similar stories of Americans using guns to save lives and livelihoods.

These types of defensive gun uses are not rare or anomalies, but common occurrences that make a meaningful difference in the lives of ordinary Americans.

When policymakers consider enacting laws that significantly restrict the ability of law-abiding citizens to keep and bear arms, the people most affected are not the criminals who largely obtain firearms from the black market and who won’t be deterred by one more law telling them to “behave.”

No, the people most affected are those who, like the Americans noted above, are ready and willing to defend themselves and others from criminals. We must continue to ensure that they are able to do so.