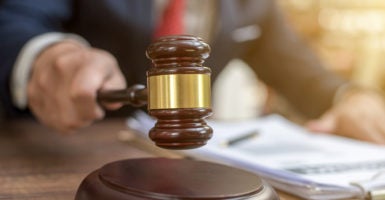 It’s time for Congress and the higher courts to push back on illegitimate overreaches. (Photo: boonchai wedmakawand/Getty Images) 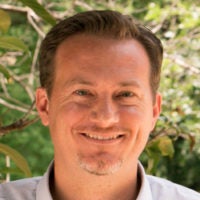 Liberals were similarly thrilled by a district court ruling that halted the president’s order blocking travel to the U.S. from certain Middle Eastern nations.

Yet when several red states sued to block Obamacare, law professors writing in The Atlantic asked, “Can one judge really impose his ruling from one coast to the other?”

District courts—whose reach should be limited to the area within their geographic jurisdictions except in certain narrowly-defined circumstances—have inappropriately claimed authority to block presidential and congressional actions throughout the entire nation.

It’s time for Congress and the higher courts to push back on these illegitimate overreaches. Doing so would move the nation closer to a lasting solution on the border and restore a proper understanding of the role of district courts.

Nationwide injunctions are a fairly new development. Activists who cannot accomplish their goals through legislation have increasingly turned to a court system composed of a small group of unelected judges.

But in the same way that the Texas state legislature cannot make laws for Oklahoma, district courts only have authority over a single district—a limited area. By issuing a nationwide injunction, these courts are inappropriately claiming authority over other courts’ districts.

>>> What We Need in Our Federal Judges

This leads activists and interest groups to go “forum shopping,” gaming the system to make sure their case is heard by a court (or even a specific judge) whom they expect will rule favorably. If they can find the right court, they can hijack the legal process to, in essence, create laws that bind the entire country.

This is not only a threat to our republican form of government, but a threat to the legitimacy of the judicial branch. When the public perceives that a small group of judges, chosen specifically for their partisan viewpoints, are shaping national policy, they lose confidence in the objectivity of the entire legal system.

For example, this year, anti-border security activists pushed for catch-and-release requirements for illegal immigrants at a notoriously liberal California-based court. A single Obama-appointed judge obliged, reinterpreting a decades-old legal agreement known as the Flores settlement to require the release of detained migrant children—and their parents—within 20 days of their detention.

This ruling set the stage for the current border crisis, as migrants began to realize that our border agencies’ hands were tied when it came to detaining migrants who cross illegally with children.

Migrants discovered that simply arriving with a child would swiftly secure their release, incentivizing them to bring children along for the dangerous journey across Mexico, during which one in three females is sexually assaulted.

Hundreds of thousands of illegal immigrants have arrived already this year, stretching our Border Patrol’s resources to the breaking point and enriching the criminal cartels that traffic migrants into the United States.

>>> After Seeing the Border, What Rep. Michael Cloud Thinks Should Be Done

So the president’s announcement in August that he would be terminating the Flores settlement came as welcome news. The president should not be bound by a court that lacks nationwide jurisdiction.

In another recent example, a U.S. district judge in Manhattan struck down a Trump administration rule that would protect the consciences of health care workers. The rule would have ensured doctors and nurses who do not want to actively participate in abortion procedures, assisted suicide, or sterilizations don’t have to. It bolstered laws already in place that protect religious freedom.

There are countless other examples of federal judges overreaching their proper bounds. Congress should exercise its constitutional authority to set limits on “such inferior Courts as the Congress may from time to time ordain and establish” in order to prevent federal courts—besides the Supreme Court—from blocking policies outside that particular court’s geographic area of authority.

As long as activists can find sympathetic district courts to block the other side’s policies across the entire nation, our constitutional form of government is at risk. This is not how our government was meant to function, and Congress should end this illegitimate exercise of judicial power.