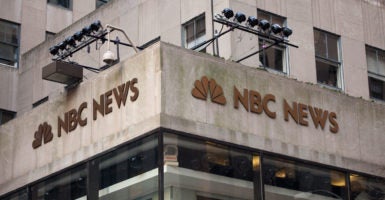 “I drive to work even though the bus is almost as fast. I often feel I have good excuses,” one person confessed to NBC News. (Photo: Michael Nagle/Getty Images)

NBC News is asking Americans to confess their climate change sins, though at least some people have taken the opportunity to troll the news company.

“Even those who care deeply about the planet’s future can slip up now and then. Tell us: Where do you fall short in preventing climate change?” reads the introduction to NBC’s “Climate Confessions” project.

Many of the responses appear to take the project seriously. One person confessed taking flights to see their son across the country. “I fly to see my son on the west coast. I live on the east,” reads the confession.

“I drive to work even though the bus is almost as fast. I often feel I have good excuses,” another person confessed.

“I wish I had been born a vegan and then maybe it would be easier. I can’t seem to give up meat,” another confession stated.

One person apparently used the project to tout their virtuousness, rather than confess their climate sins. “I LOVE meat. But I love the earth more. Vegan for over 4 years now,” they wrote.

Others appear to have taken the opportunity to troll NBC over the project. One such entry reads: “I require at least half a roll of TP when wiping.”

“I like my house to be 85 in the winter and 55 in the summer. Deal with it, hippies,” one person wrote. “I live on Earth, where even if we achieve carbon neutrality in the first world, that’s only 19.1% of the population,” another stated.

“I don’t do anything for the environment. I don’t care,” reads another entry. “I am eating bacon with breakfast this morning and I’ll have it again tomorrow,” another declared.

One person submitted lyrics about loving plastic straws: “I LOVE plastic straws & I cannot lie. As many as I can get, before I die. Such straight soda with apple pie. Yessir, I’m the guy.”