How Cutting the Corporate Tax Rate Is Helping Everyone 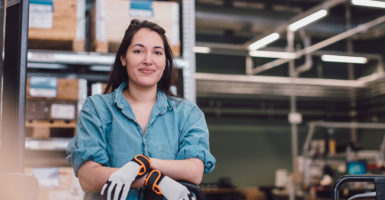 You won’t find the global competition to cut taxes reported on the front pages of The New York Times or The Washington Post, but that competition has been happening right under our noses for decades.

It’s increasing economic freedom, and persuasively demonstrating its importance and influencing decisions made by individuals and entrepreneurs every waking moment.

Neoclassical economics asserts that economic output is increased when individuals and firms have the economic freedom to utilize labor and capital in the most efficient ways.

Placing higher costs on labor and capital via taxes limits that freedom and creates barriers to the efficient employment of these factors of production. Taxes change the calculations employees and enterprises make in their decisions, and reduce wage growth, job creation, and innovation.

In keeping with this understanding of modern economics, the countries of the Organization for Economic Cooperation and Development have been cutting corporate tax rates to remain competitive in the global market since the 1980s.

Before the ’80s, those countries had corporate tax rates ranging from percentages in the mid-30s up to nearly 60% in Germany and Sweden. Such levels are unheard of today. In fact, every Organization for Economic Cooperation and Development nation now has a corporate tax rate under 35%.

France now has the highest rate (34.4%), while Hungary the lowest (9%), thanks to recent economic reforms.

The left would have you believe that the Trump administration’s tax cuts were designed to make the fat cats fatter.

In reality, the corporate tax cuts in the Tax Cuts and Jobs Act were designed to restore the United States’ global competitiveness with the same European economies whose policies the left claims to covet and yearns to import to America.

The results have been dramatic. According to U.S. census information, 54.8 million people in the U.S. are employed by corporations. A growing body of economic research demonstrates that it’s those workers who ultimately bear the majority of the burden of corporate taxes.

With that burden reduced by the Tax Cuts and Jobs Act, they are prospering. Wage growth is at a 10-year high.

The left is swimming against the current of history when it insists on increasing the burden of taxation on free enterprise.

Countries worldwide have understood the benefits to their people of reductions in taxes, and the competition among them to lower rates has helped usher in the greatest era of global prosperity in human history.

The United States was late to join that parade, but now that it has, the American people are reaping the benefits.