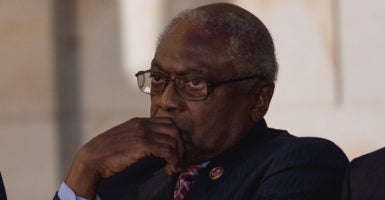 “But it sounds like you’re — you think that the president will be impeached, or at least proceedings will begin in the House at some point, but just not right now?” CNN’s Jake Tapper asked Clyburn during an interview.

“Yes, exactly what I feel,” replied Clyburn, the Democratic whip.

“I think the president wants us to impeach him,” Pelosi told ABC’s Jimmy Kimmel on Thursday. “He knows it’s not a good idea to be impeached, but the silver lining for him is then, he believes, that he would be exonerated by the United States Senate.”

Even if a majority of the House voted to impeach Trump, it is unlikely he would be removed from office, a point Pelosi and Clyburn concede. Removal requires support of two-thirds of the GOP-controlled Senate.

Mueller was unable to find evidence that the Trump campaign colluded with Russia to influence the 2016 election, but he punted on the issue of whether Trump attempted to obstruct the investigation. Attorney General William Barr decided against pursuing a case against Trump.

Clyburn said Democrats must “effectively educate the public” before moving ahead with impeachment proceedings against Trump.

“We think that we have to bring the public along,” he told Tapper.

“We do believe that, if we sufficiently, effectively educate the public, then we will have done our job, and we can move on an impeachment vote, and it will stand.”

“The House has to determine the timing for impeachment,” he said.

“What Nancy Pelosi is trying to do and the rest of us in the House of Representatives is to develop a process by which we can efficiently move on this issue, so that, when we get to a vote, it would be something that she calls ironclad, I call effective. And that is why we are trying to take our time and do this right.”